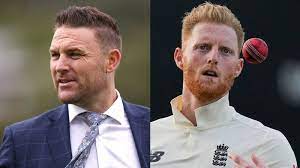 ENG vs NZ: Ahead of the red-ball series against New Zealand, England releases their playing XI for the first test. Teams will be playing this test match at the iconic Lord’s ground. This series will be a three-match test series. And this will be the first assignment of England’s new pair, Stokes-McCullum. A new uncap player, Matthew Potts will be debuting in this match. He is a seam bowler who represents Durham cricket in the county circuit. Discover the ten best online betting sites in India and start betting online for this season.

The series will commence on June 2nd when England cricket will be in action after huge in and out changes in their men’s team. Remark, both the captain and coach belong to New Zealand and will debut in their new roles against New Zealand. Ben Stokes was born in New Zealand but raised in England and took the captaincy of England red-ball as the successor of Joe Root. Whereas, after sacking out Chris Silverwood ECB has brought Brendon McCullum as the new head coach of England’s test team.

ENG vs NZ: A Fresh Start for England’s Test Team

Currently, England is suffering in the red-ball cricket and for that, they are standing at the bottom of the World Test Championship points table. They have registered only one victory in their last 17 encounters. They will be forward ahead of the series against New Zealand. And it would be a great motivation for the new set-up if they get the success against current World Test Champions.

The most talkative thing that happens after the new set-up is the return of James Anderson and Stuart Broad to the test team. Ben Stokes will be aiming to end the losing streak by utilizing these two ace pacers.

Moreover, there will be pressure release for Joe Root after stepping down from the captaincy. As the pressure will be off him so he can play more freely. Coming to the New Zealand side, Kane Williamson will also gear up for the clash in the longest format. End of the day both sides will be looking for a win so that he can get the crucial points for the WTC points table. Free cricket tips and match guides from professional betting tipsters here on our site