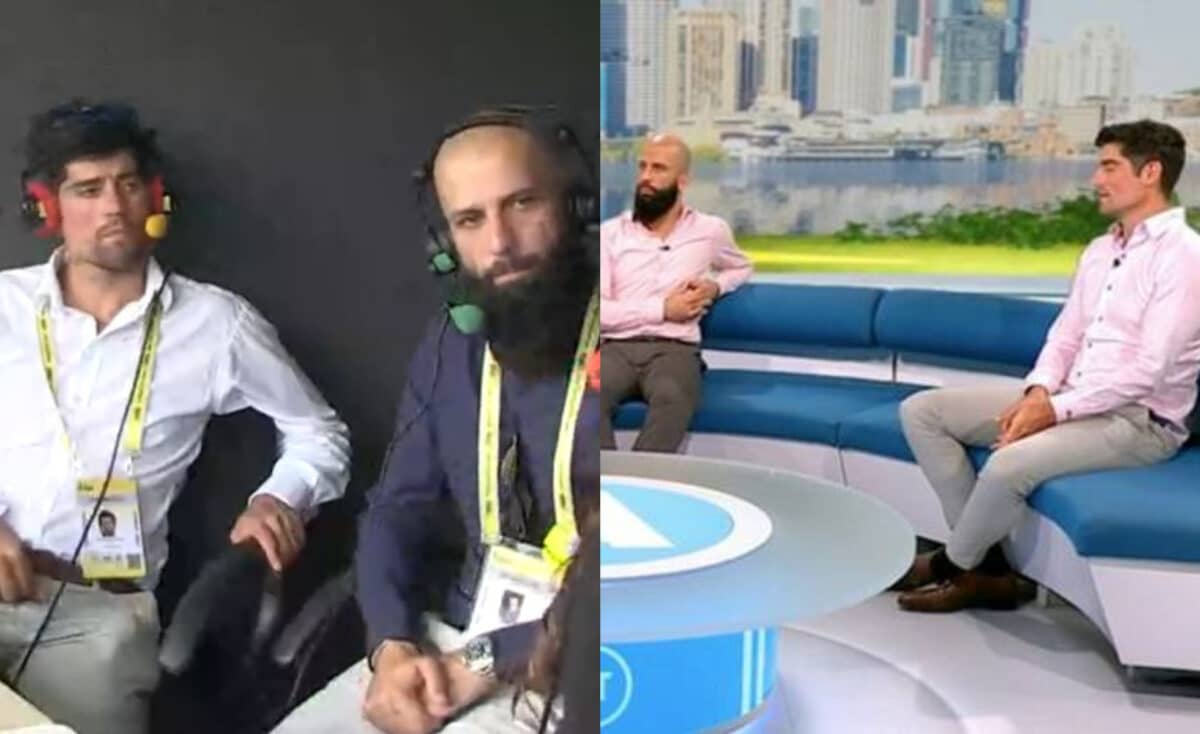 Eng vs NZ: Former England captain Alastair Cook and all-rounder Moeen Ali engaged in a heated argument earlier this year when the latter, on-air, criticized Cook’s captaincy during a show for the Ashes 2021-22 series in Australia. Over four months later, during ongoing England vs. New Zealand, 2nd Test match at Trent Bridge Stadium, both cricketers explained their previous argument. It is to be noted that Moeen, 34 made his debut in 2014, under the captaincy of Cook. Bet online by checking more new betting sites in India for the upcoming match here on our site.

The ex-England captain during a commentary stint on BBC Test Match special said,

“I was coming back from a holiday, walking straight back to the studio at midnight. I met the all-smiling Mo (Moeen), as he always is, very happy. Anyway, half an hour into the shift, he basically told everyone who is watching and listening, ‘I wasn’t a very good captain and I wouldn’t be a very good coach’. That’s kind of how it went. So I actually feel as if I have nothing to defend here,“

ENG vs NZ: Moeen said Root had a stronger emotional touch with the players than Cook

The CSK all-rounder quickly reverted back and clarified his previous comments. “It was a little bit out of context. I was saying basically that Rooty had a lot more empathy for players than you did! And I never mentioned once that you’re not a good captain or if you are or aren’t better than Rooty. And then, you took it personally to heart and it went viral,” said Moeen. Stay tuned for our 100% FREE cricket tips and match guides from our professional betting tipsters.

Meanwhile, a video of their earlier spat went viral on social media in January, when Moeen claimed that former England captain Joe Root had a stronger emotional bond with the players than Cook. “Are you just criticizing my captaincy?” Cook had said in reply, to which Moeen admitted saying, “a little bit,” before adding that he performed better with the ball under Root and Cook played him.

The argument went on as Cook defended himself by claiming that Root had dropped Moeen a lot, which fueled the debate. The off-spinner responded by mentioning the number of positions he had to bat in during his first international year under Cook, ranging from 1 to 9.