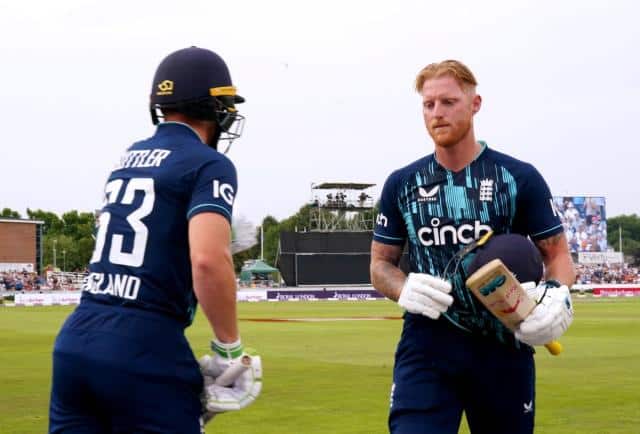 ENG VS SA: Former India cricketer turned famous commentator Aakash Chopra has stated that the retirement of Ben Stokes from ODI cricket has once again brought the problems of the 50-over format of the game into the limelight as well. Notably, Stokes announced his retirement from the ODI format prior to the first game of the ongoing three-match series against South Africa as well. However, the veteran all-rounder did not have a great finish as he scored only five runs and failed to pick up a single wicket in his final match at his home ground in Durham on Tuesday, July 19 as well. If you are searching for the best betting sites in India, you are in the ideal place!

While talking about Ben Stokes’ retirement in a video shared on his YouTube channel, Aakash Chopra opined on the decision that has shared the issues about ODI cricket. He also opined on the waning interest in the bilateral ODI series as well.

He said: “Ben Stokes has bid goodbye to ODI cricket at just 31 years of age. We have been saying for many years that ODI is the format that is struggling because there are problems. If problems are not there, you won’t have so many rule changes – two balls, powerplay, super sub and what not. There is more noise being created during bilateral series now. They didn’t want to say that but everybody knew bilateral ODI cricket is struggling. There is a lot of excitement when the World Cup happens once in four years, it was there in 2019 as well and will be there in 2023 also.”

ENG VS SA: Fans will remember the heroics of Ben Stokes in the 2019 World Cup final

However, many suggested bilateral ODI series can be replaced by multi-nation tournaments. Meanwhile, Cricket South Africa’s (CSA) decision to favour their domestic T20 tournament over an ODI series against Australia has also raised further questions about the format. And, Aakash Chopra has also explained why players prefer T20s and Tests over ODIs. He also shared why ODI cricket is falling behind in the race compared to other formats.

He said: “Michael Vaughan has said that something has to give. Every country wants their T20 league, when a player is playing, these are his primary years, whether it is the IPL or any other league, you get a lot of money. After that, all cricketers consider Test cricket very dear because they want to leave a legacy. The commercial angle is T20 cricket, the legacy angle is Test match cricket, ODI is hanging somewhere in between. So it is getting slightly easier to leave ODI cricket, not so much in terms of workload management because we have seen people leave Tests as well, but it has fallen slightly behind in terms of priority.”

As far as Ben Stokes is concerned, Aakash Chopra said that his unbeaten 84-run knock in the 2019 ODI World Cup final will always be special and fans will always remember it as well. Bet using our best real money betting apps in India that can be downloaded here or in the Apple store and the Playstore, enjoy betting just at home!