Home » News » ENG VS SA: Change in WTC Table After the End of This Series

ENG VS SA: Change in WTC Table After the End of This Series 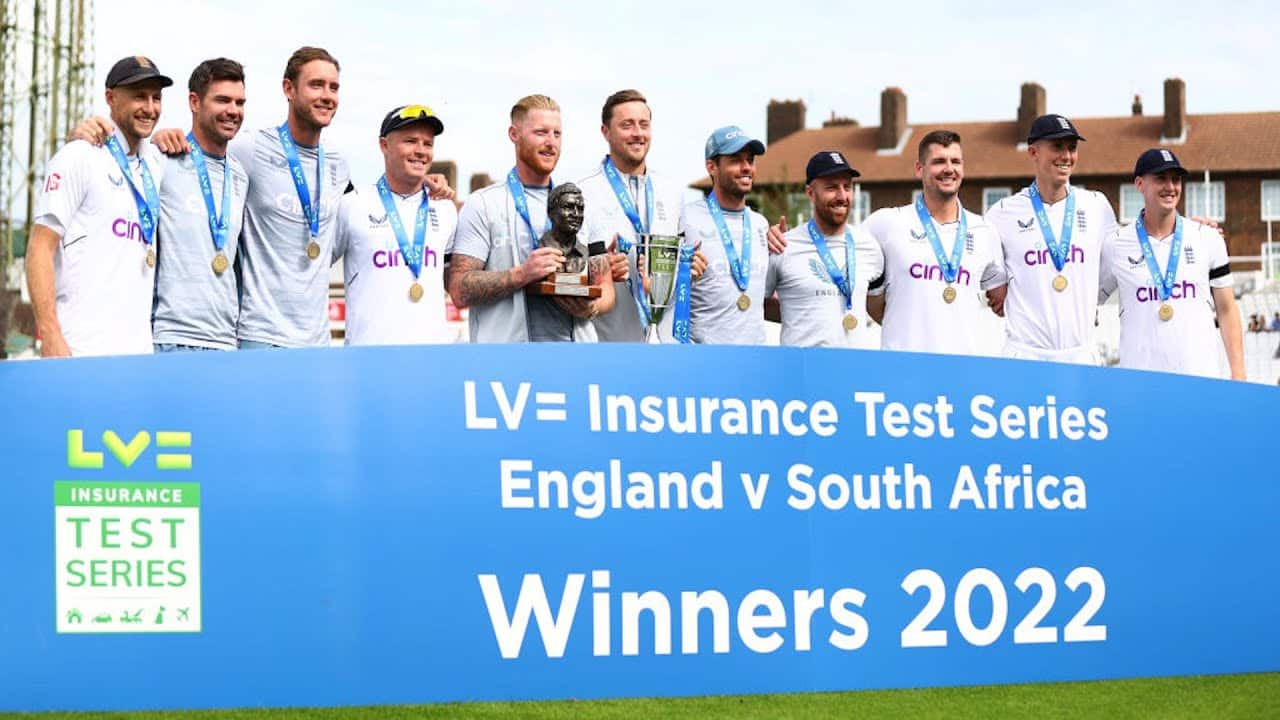 ENG VS SA: In the first match of this South Africa dominated against England in their home conditions. But the English team made a strong comeback in the next two matches in the three-match Test series. At end of the series, England named the series in there as they clinched South Africa in the last match. In the final test match, England registered their victory with nine wickets remaining. The last match was taking place at The Oval. And English skipper, Ben Stoke opted to bowl after analyzing the surface. Bet online by checking more new betting sites in India for the upcoming match here on our site.

Rain washed the first day of the match. Then on Day 2, the news of the demise of Queen Elizabeth II stopped the entire nation. Finally, on Day 3, players got the chance to face each other on the field. The pace attack of the English team bundled the entire team on 118 runs. Ollie Robinson picked a five-wicket haul along with Stuart Broad’s four-wicket haul. Veteran pacer, Jimmy Anderson grabbed one wicket from his end.

Having such a small trail, England failed to overpower South Africa as their batters also failed to stand against South African bowlers. Kagiso Rabada and Marco Jansen dismissed nine batters of the England team. They picked four-wicket and five-wicket hauls respectively. South Africa bowled out England at 158 runs mark. Only Ollie Pope crossed the half-century mark in the entire batting line-up.

ENG VS SA: Once Again the Batters Disappoint

After having a tough batting condition, South African openers, Dean Elgar and Sarel Erwee started the innings very carefully. They stitched a 58-run partnership after that Stokes dismissed Erwee. After the first wicket, visitors kept losing wickets at regular intervals. James Anderson and Ollie Robinson picked two wickets each. And Stuart Broad and Ben Stokes dismissed three wickets each. In the end, they managed to score only 169 runs and set a target of 130 runs.

Chasing this target, the openers of England came up with an aggressive attitude. Especially, Zak Crawley who scored 69 runs off 57 balls. England successfully reached the target and won the match by nine wickets. After the match, there are no changes in the WTC points table. Australia is still a table topper and South Africa is still securing their second position. Meanwhile, England is still in the seventh spot. After this match, England has now won seven matches in the cycle.