Home » News » ENG vs SA: England Won the First T20I as Tristan’s Efforts Were Not Enough

ENG vs SA: England Won the First T20I as Tristan’s Efforts Were Not Enough 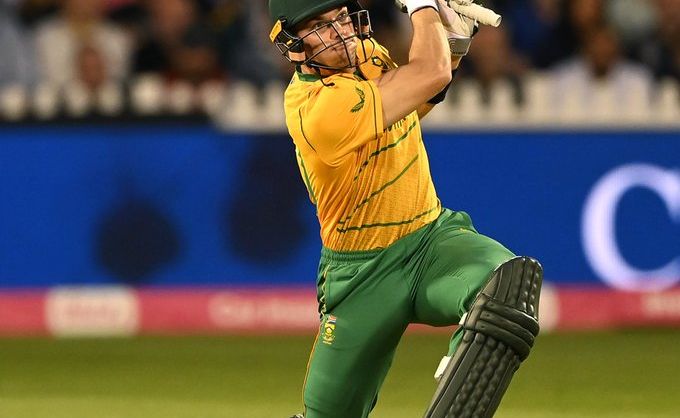 ENG vs SA: England has taken the lead in the series as they beat South Africa in the first T20I. Jos and company posted a massive total of 234 runs against the likes of Rabada, Ngidi, and Shamsi. Here are the top 10 betting sites in India that you can open on your mobile devices and enjoy competitive odds and all the features you can expect from a mobile betting site.

Jonny Bairstow and Moeen made a partnership of over 100 runs which helped England put up the mammoth total on the board. Moeen scored the fastest fifty for England which came only from 16 deliveries. On the other hand, Bairstow was displaying his power hitting and scored 90 runs.

What kept the Proteas out of the game?

Despite having bowlers like Rabada, Ngidi and Shamsi, South Africa failed to restrict the English team to under 200.

One of the most important Mantras in cricket is ” catches win matches”, which the Proteas failed to follow last night. They dropped four to five catches which includes three of Jonny Bairstow who scored the most from the English team.

The marquee players of the team such as David Miller and De Kock failed to perform. But two players were hitting the English bowlers clean, the debutant Tristan Stubbs and Reeza Hendricks.

South Africa will take some positives from last night with both hands. One of them is the wicket-taking ability of Lungi Ngidi. Taking five wickets in a T20I is not an easy task, but the fast bowler Ngidi did it. The debutant stole the show with his clean hitting, announcing himself as a strong candidate for the T20 World Cup.

If you drop catches, and your senior players fail to score, you cannot win against a quality side like England.

Technically this was not Tristan’s debut. Tristan Stubbs made his debut against India in the first of the five T20Is but didn’t bat. He was not included in the next three matches. In the fifth T20I, he found a place in the XI and the match got abandoned.

Tristan batted for the first time in the T20Is for the South African team. He smashed the fiery England bowling line-up for eight clean sixes and two fours. The 20-year-old scored 72 runs off just 28 deliveries and displayed his clean hitting in front of one of the best bowling line-ups in the world.

His efforts go in vain as he was not getting support from the other end. There’s still a lot left in the series, he will have a chance to win for his team again. Bet online by checking more VIP betting tips for FREE from our professional expert tipsters.