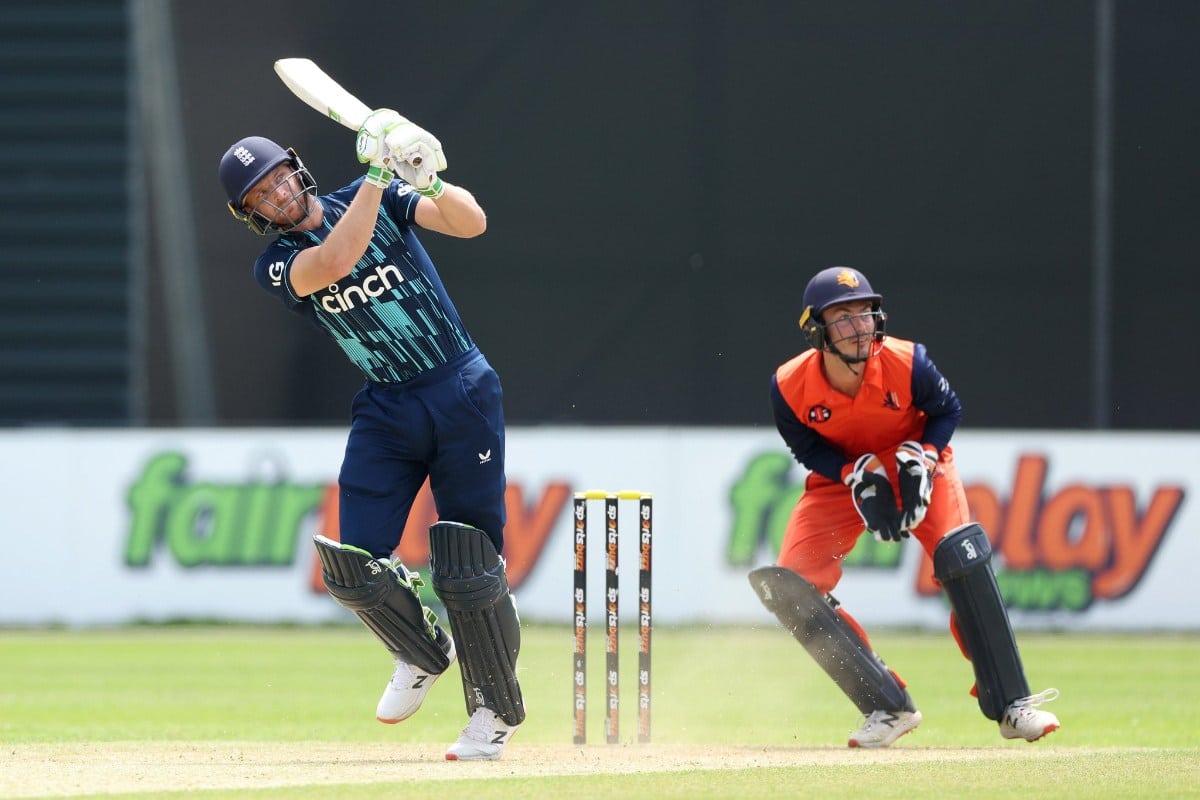 ENG VS SA: England captain Jos Buttler has opened up why they were struggling in the white-ball series as South Africa won the second T20I in Cardiff. Buttler has added that a win in the deciding third T20I would be crucial for them as well. Notably, England had to face a 58-run loss in the second T20I in Cardiff as South Africa showcased a stunning as well as improved performance from their defeat in Bristol. The Proteas bundled the hosts out for 149 then, who were chasing a massive total of 208, courtesy of Rilee Rossouw’s unbeaten 96. Looking for India’s top betting sites? Check out live cricket odds and bet on live cricket games with our amazing betting bonuses!

While speaking after the game, the veteran said that they are desperate to register their first limited-overs series win this summer. He also feels that they are still taking time to get accustomed to the changes in the team as well.

Jos Buttler said, as quoted by BT Sport: “You want to win every series that you play and we haven’t won a series yet this summer. That’s something we’re not accustomed to as a group. But this is a start of a new cycle of a team. There’s been a few changes – a new captain and a coach, and I feel like that’s showing a little bit. We’re still working ourselves out and gelling as a group and we need to do that quickly. Winning this series would be great for that. We’re not afraid to lose, we don’t want to play safe.”

ENG VS SA: England will likely give a tough fight

Buttler, who succeeded Eoin Morgan as the limited-overs captain, has won only three wins this summer under his leadership so far as well. He was one of the many England batters who got the start but failed to score big in the second T20I against South Africa. Meanwhile, when he was asked if he had any advice for his opening partner Jason Roy, he wanted Roy to trust himself more as well. Notably, Roy has managed only 59 runs in his last five T20I matches and he has struggled to get going also.

“I’d just remind him of all the good things he’s done, to trust himself even more. Every batter in the world goes through patches where you don’t hit the ball as sweetly as you like to. It’s easy when you score runs to say all the right things and take man of the match but it’s when you’re not quite clicking that you have to trust what you do. T20 cricket is brutal, it demands you keep taking risks and being brave. He must continue to do that. Jason is such an imposing figure, teams can be scared to bowl to him, so you just have to remind him of that stuff,” he concluded.

The third T20I will be played in Southampton on Sunday.