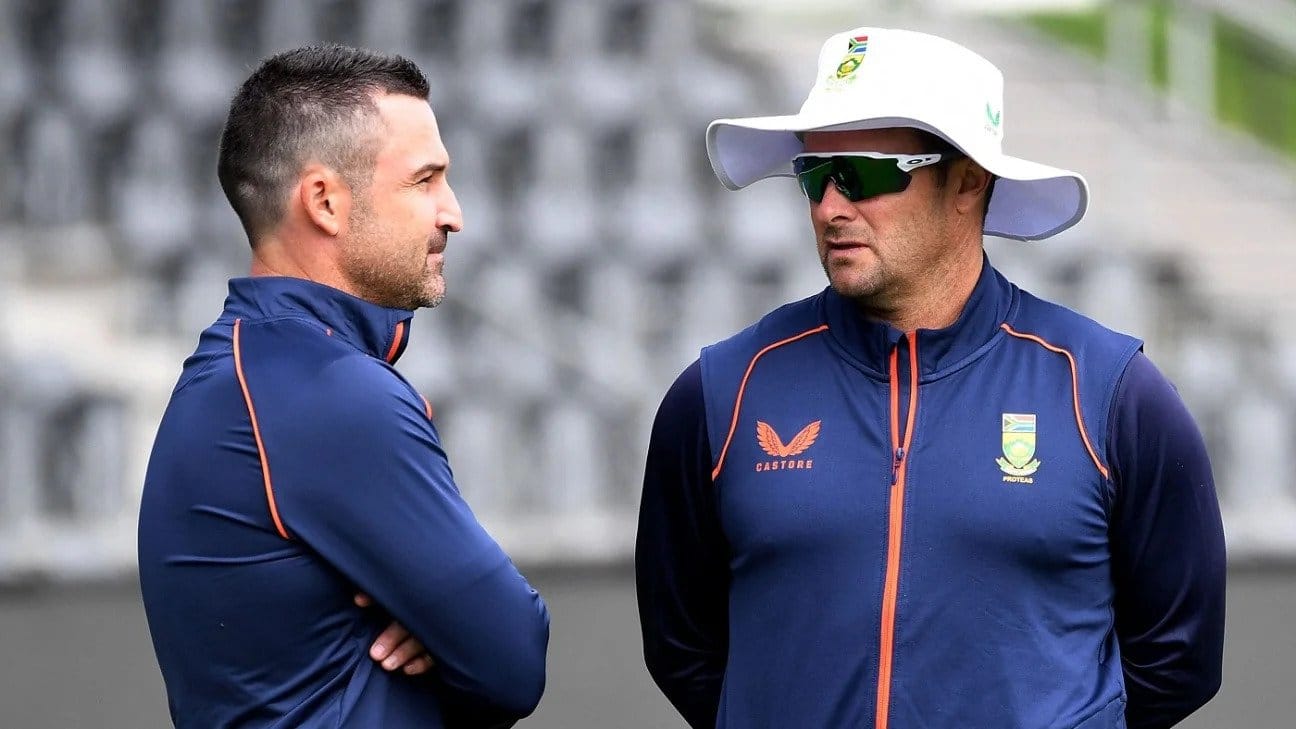 ENG VS SA: The English team is currently in the middle of a great run in Test cricket. The credit must go to the batting unit for its effective execution of an ultra-aggressive approach at the crease, or ‘Bazball’, as it is called by the media. Ahead of South Africa’s tour to the UK, their head coach Mark Boucher spoke about England’s new approach and his team’s plans for the series. If you are searching for the best trusted betting sites in India, you are in the ideal place!

“The Conditions Have Allowed England to Play That Way”, Says Mark Boucher

“A couple of things you need to understand is that you need to have the right players in your team to be able to do that, and the conditions need to be favourable as well.”

Former wicketkeeper-batter Mark Boucher believes that Test cricket is undergoing a transformation. He agreed that T20 cricket has resulted in higher run rates in red-ball cricket. He is of the opinion that it is necessary to judge the conditions at hand before going all-out attack on the opposition. The conditions have allowed England to play that way, said Boucher. He also mentioned that the key to succeeding in Test cricket is to be smart and assess the conditions on the given day.

Since the appointment of Ben Stokes and Brendon McCullum as captain and head coach respectively, England have whitewashed New Zealand 3-0 and defeated India in the rescheduled fifth Test from last year. Their batting revolves around putting pressure back on the bowlers consistently enough for them to deviate from their plans. However, one cannot ignore the fact that match conditions have played a huge role in their recent success. The pitches are flatter. The Duke’s ball is losing its venom considerably past the 20th over. There is a little sideways movement. All these factors have tilted the balance in favor of the batters.

“We always speak about having a bit of aggression but being smart as well so that’s where our smartness is going to have to come into the equation as well.”

Mark Boucher on South Africa’s planning for the series

Mark Boucher pointed out that the drying pitches due to hot weather would bring South Africa’s spinners into play. He mentioned how “every day has been hot” since they arrived in England. According to him, if the pitches continue to get flatter and drier, Keshav Maharaj and Simon Harmer will have a huge role to play in the series. He also added that the team has got all the aspects covered in the squad.

Both Maharaj and Harmer were instrumental in South Africa’s recent series victory over Bangladesh. Bowling in seam-friendly home conditions, the duo picked up 29 wickets between them over the course of two matches. Maharaj, who bowls left-arm orthodox, has a decent record in England dismissing 17 batters in eight innings at an average close to 30. Harmer, meanwhile, is yet to play a match in the country.