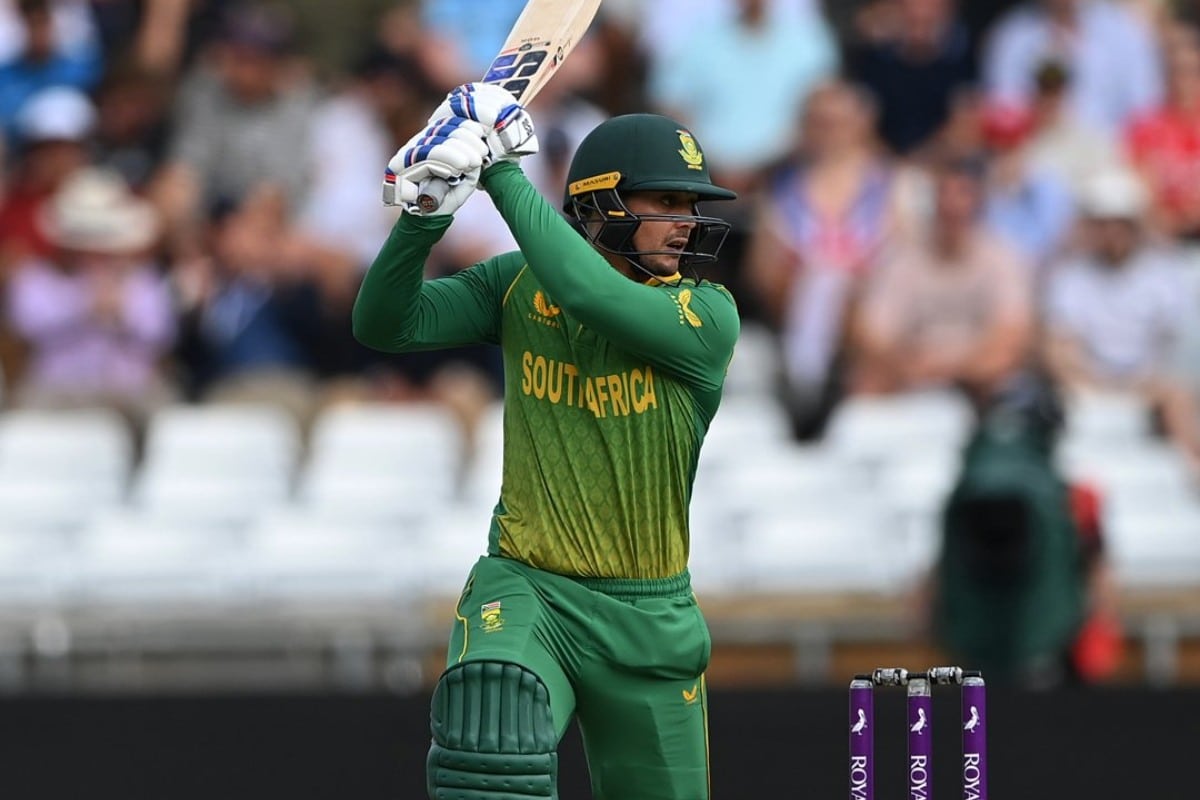 ENG VS SA: South African wicketkeeper-batter Quinton de Kock opened up on the fact that despite retiring from the longer format of the game he still has a packed schedule ahead of him. With age catching up, the veteran has added that he has to prioritize the things he wants from his career now as well. If you are searching for the best betting sites in India, you are in the ideal place!

Notably, de Kock announced his retirement from Test cricket in December last year after the first Test against India at the Centurion. The experienced batter also shared his desire to spend more time with his family as the reason behind quitting Test cricket and committed his availability to the ODI and T20I formats as well. While speaking after the abandoned third ODI against England, Quinton de Kock has said that his calendar has still not freed up despite not playing the longer format this year.

The batter said, as quoted by ESPNcricinfo: “It hasn’t freed up my calendar – at least not this year. I’ve been roped in to play a couple of leagues but that’s my own consequence. I am happy to do it. It’s still a sacrifice but I’m slowly getting to an age where I need to think about where I want to be in my career. As long as I can do it at my own pace, then I am happy.”

However, after his paternity leave, he played the white-ball matches against India in January at home and had a break of two months before facing Bangladesh in another three-match ODI series as well. However, since then, he has been in the action. He was also featured in the full IPL edition, followed by the five-match T20I series in India, and he is now in England for the ongoing series as well. He will also play in The Hundred and CPL, followed by another white-ball series in India before the much-awaited T20 World Cup in Australia later this year as well. Stay tuned for our 100% FREE cricket tips and match guides from our professional betting tipsters.

Quinton de Kock further stated that playing three formats will be challenging for the cricketers and he believes they need to make a decision at some point as their age progresses too.

“It’s going to start being tough for players – three formats is a lot and it looks like more games are happening over the calendar. Players need to make decisions individually and if they feel they can do it, I am happy for them. But guys need to take decisions into their own hands.”For me, I am happy where I am. When you’re still young, you need to play all three formats and get certain things done in your career. It starts getting harder as you start getting older and the body doesn’t cooperate like it used to,” he signed off.

However, Quinton de Kock stayed unbeaten at 92 in the abandoned third ODI against England in Leeds. South Africa reached 159-2 at 27 overs before persistent rain washed the game out. As a result, the series ended at 1-1. Rassie van der Dussen earned the Player of the Series award for his contribution as well.