Home » News » ENG VS WI: “It’s Not the End For Anderson and Broad,” says Joe Root

ENG VS WI: “It’s Not the End For Anderson and Broad,” says Joe Root 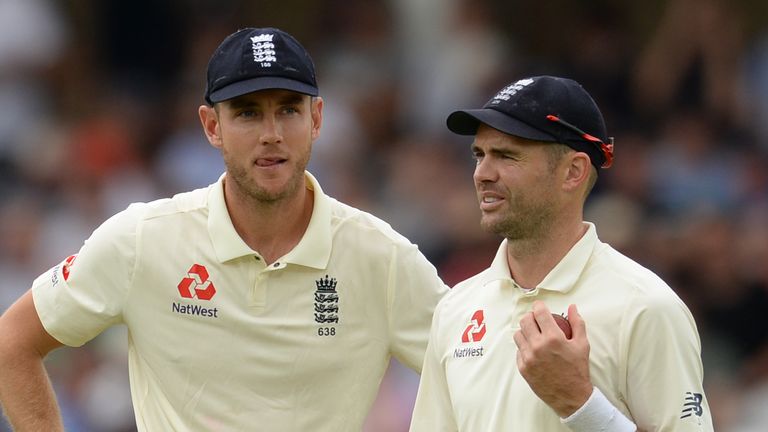 ENG VS WI: James Anderson and Stuart Broad are in dismay, according to Joe Root. They are not in England’s Test squad for the WI tour. No one believes that the England pacers’ careers are over, according to England captain Joe Root. The England and Wales Cricket Board (ECB) has implemented stringent revamp procedures. This is in the wake of their 0-4 thrashing by Australia during the Ashes 2021-22 series. Find here more IPL 2022 updates and match predictions.

It all started with the dismissal of Ashley Giles, the board’s director of cricket. Then it was the dismissal of on-fire head coach Chris Silverwood and assistant coach Graham Thorpe from their respective positions. Two of the senior players in England’s Test team are Broad and Anderson.  In the red-ball format, which is presently their only active format, the duo leads the team’s pace attack.

The ECB, on the other hand, came under fire once again. This time when they left veteran pacers James Anderson and Stuart Broad out of the 16-man squad that will face the West Indies in a three-match Test series starting March 8. Anderson and Broad were in dissatisfaction and dismayed, according to reports. This was after the decision to leave them out of the squad for the Test series against the West Indies.

“In respect of James Anderson and Stuart Broad, I want to emphasize this does not mean the end for them as England players. We feel that it is important to look at some exciting new bowling potential. Given, some added responsibility to other players who have featured previously”.

“At no stage has anyone said it’s the end for them. It would be great to see them starting the season and putting themselves in the mix for selection. You don’t want to look too far ahead. Ultimately, we’ve got to look after what’s right in front of us. And that’s this tour and making sure we get as much of that right as we possibly can”.

ENG VS WI: Joe Root Ready to Bat at No.3

Joe Root believes that batting at No 3 will help England become a better side. Root believes that he has not set a timeframe for his future as England’s Test captain. But he says he understands the importance of a positive outcome on the next Caribbean tour, where England has only won one series since 1968.

As England looks to bounce back from their 4-0 Ashes thrashing in Australia, Test skipper Root will move from No 4 to first drop for next month’s three-Test visit of the West Indies. Root was a notable survivor of the England squad’s purge following their disastrous performance in the Ashes this winter.

Here are some free Cricket Match Betting Tips for the 2022 Season from the betting experts.