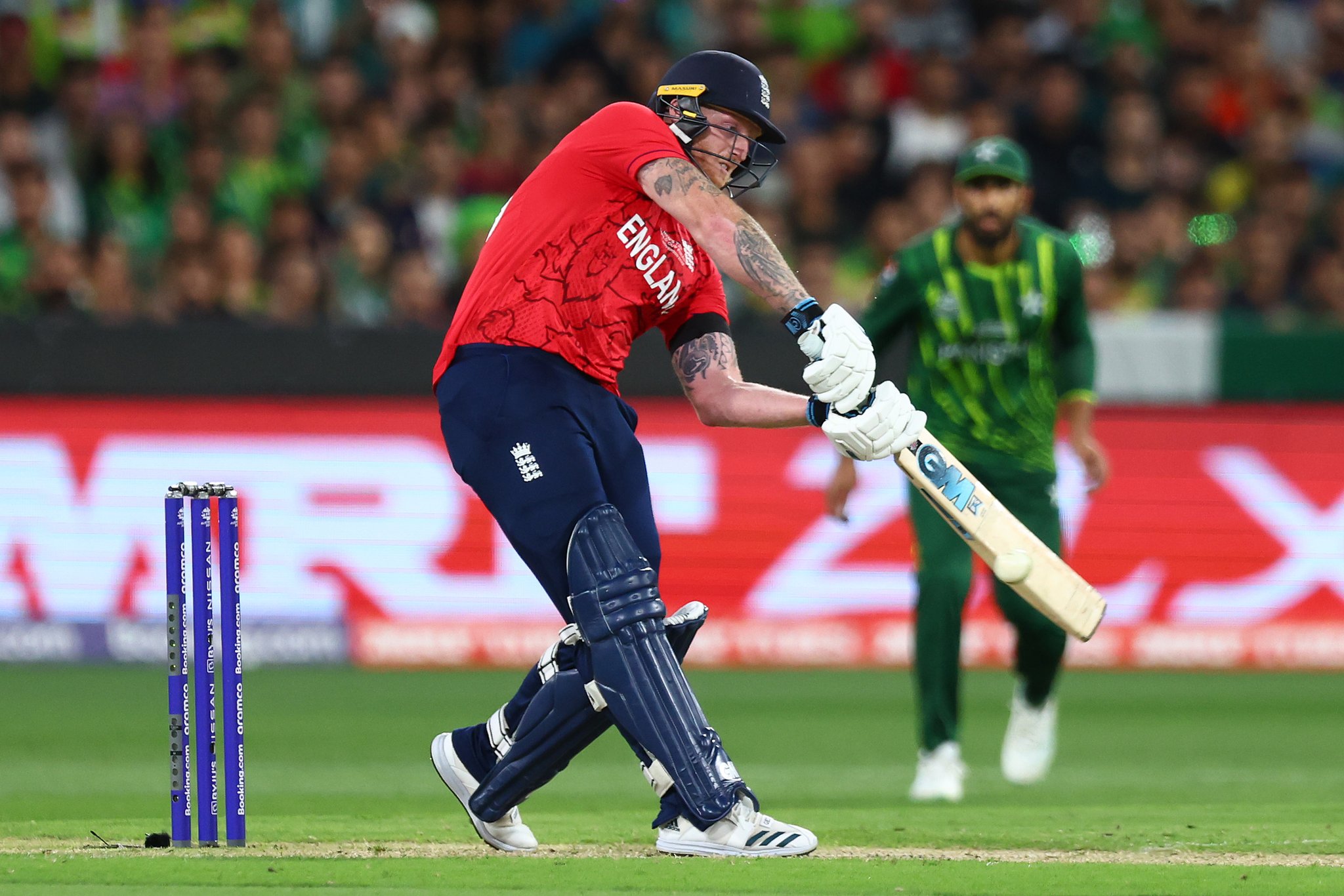 Jos Buttler and his team became the current T20 World Cup champions after winning against Pakistan. The English Army outplayed their competition in all the areas at Melbourne Cricket Ground. The two teams recently had a neck-to-neck 7-match long T20i series before the beginning of the tournament. Continuing their victory over Pakistan, England once again won against the men in green. Both the sides had their share of struggles reaching the finals but it was England who had a better day on the ground.

Pakistan batting first in the T20 World finals lost Rizwan after he attempted to provide the team with a quick start. The batting woes for Pakistan were visible in the finals after Haris, Babar Azam and even in form Iftikhar Ahmed couldn’t play the English bowlers. The team somehow reached a respectable total of 137 runs on the board. Sam Curran created havoc with the ball and Adil Rashid as well as Chris Jordan had decent spells too.

With 137 runs on the board, Pakistan gave their all trying to restrict the opposition. Shaheen Afridi with his typical delivery sent the dangerous Alex Hales back. Phil Salt was next to go. Naseem Shah gave a tough time to Jos Buttler but was unable to get his wicket. Rauf picked up 2 wickets and as things were getting intense, Shaheen Afridi injured himself while grabbing the catch of Harry Brook. Afridi had just made his comeback in the T20 World Cup but after hurting his knee, it became difficult for him to continue with the ball.

Iftikhar Ahmed was called in to complete the over by Shaheen and that was the turning point of the game. Moeen Ali and Ben Stokes took 13 runs out of that over. Though Ali couldn’t finish it for his team, Stokes was there. Meanwhile, the all-rounder completed his maiden T20I half-century. After winning the 2019 ODI World Cup for his team, Ben Stokes repeated his heroics in the T20 World Cup finals too. England created history by becoming the first team to hold both ODI as well as T20 World Cup.

England won the game with one over remaining. Babar Azam and his team were heartbroken after the loss. Azam said, “Congratulations to England, they deserve to be champions and fought well. We felt like home here, got great support at every venue. Thanks for your support. Yes, we lost the first two games but how we came in the last four games was incredible. I just told the boys to play our natural game, but we fell 20 runs short and the boys fought well with the ball. Our bowling is one of the best attacks in the world. Unfortunately, Shaheen’s injury put us off, but that’s part of the game.”