Home » News » England Head Coach: Candidate Rules Himself Out of the Running to Replace Chris Silverwood

England Head Coach: Candidate Rules Himself Out of the Running to Replace Chris Silverwood 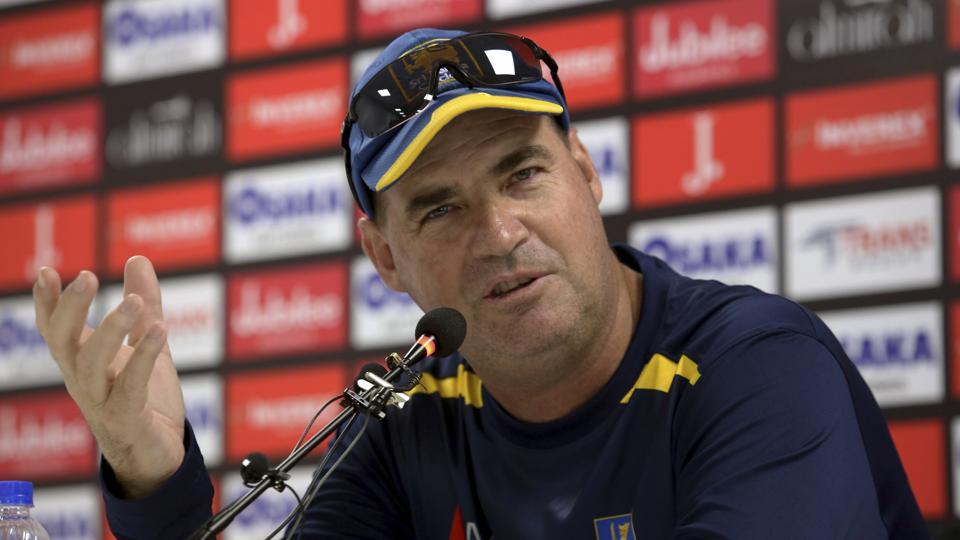 England Head Coach: Mickey Arthur had been in the headlines as a potential replacement for Chris Silverwood as England’s head coach. But the 53-year-old has ruled himself out. Mickey Arthur has distinctly shut down any suggestions that he could become England’s next head coach. Now he is insisting the prospect “hasn’t even crossed my mind”. England’s previous head coach Chris Silverwood stepped down after their embarrassing 4-0 defeat to Australia in the Ashes.

Looking for some Cricket Betting Tips for free? Check out our site and learn more from the experts.

Paul Collingwood will be in action as interim coach for the upcoming tour of the West Indies. Arthur, 53, has a pool of experience coaching international sides. He has enjoyed stints as the head coach of South Africa, Australia, Pakistan, and Sri Lanka.

Arthur left his role as Sri Lanka’s head coach after their Test series against West Indies in December. He is among the best-traveled international coaches in the world, having enjoyed previous stints with South Africa, Australia, and Pakistan. County Derbyshire’s new head coach from South Africa, Mickey Arthur. He has said that coaching the England national side had never “crossed my mind”.

But added that he envisages a return to the international scene in the future. He had been tipped as a potential replacement for Silverwood, with former England bowler Dominic Cork naming him as an option the ECB should look at. However, Arthur has distanced himself from the vacancy and is instead looking forward to his role at Derbyshire.

While he conceded that Derbyshire – who won only six games across formats last summer – are “an unfashionable county”. He said that he wanted to buy into “a project” and that he had grown tired of the international treadmill.

“I’d been in the subcontinent for five years with Pakistan and Sri Lanka, “but I’ve been doing international cricket non-stop for 12 years. My Sri Lankan time coincided with the pandemic which meant we had 264 days in a bubble last year. My family is in Perth, my eldest daughter is in South Africa, and I haven’t seen family for two-and-a-half years.”

England Head Coach: When reporters asked if he is interested in England’s Coach Job

Here are the best Cricket Match Prediction sites for the 2022 Season.

“Absolutely not. It hasn’t even crossed my mind. I have just come out of 12 years of international cricket and I’m very comfortable with the project I’ve got at the moment. I don’t think that my coaching career would have been fulfilled without a stint in county cricket.”

England white captain Joe Root notably claimed any success that players have on the international stage is “in spite of county cricket, not because of it”. But Arthur feels that county cricket should not get blamed for England’s struggles. He said that it is “far-fetching” if ECB blames the county for poor performance.

In fact, they said it was because of county cricket. I was part of Western Australia at that point, and I got the Australian coaching job on the back of England going to Australia and whooping them. At that time, everybody was questioning the Sheffield Shield in Australia. It goes with the results in international cricket. So, to label it as county cricket’s fault is far-fetched.

England simply hasn’t scored enough runs. If numbers one, two, and three don’t give you that foundation, you are always in a battle and I just think if you want to lay the blame somewhere, you can lay it right there.”

Get the best online betting Apps for IOS and Android here.