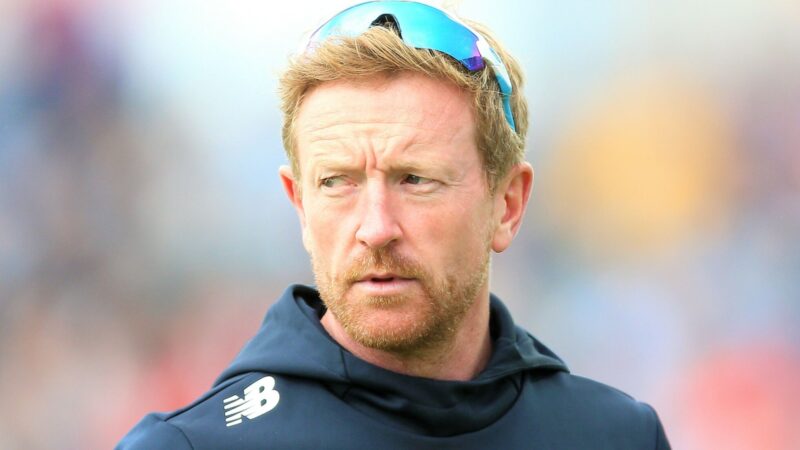 England Head Coach: Paul Collingwood opens up on the prospect of becoming a full-time head coach of England. Collingwood was named as the interim replacement for head coach Chris Silverwood. The former England cricketer. was fired along with a number of senior personnel following the 4-0 Ashes defeat in Australia this winter. Looking for more Cricket session tips for free and match prediction? Read more here.

The former England batter also stood in for Silverwood during the T20 series in the Caribbean last month. Sir Andrew Strauss, England men’s cricket’s interim managing director, has said Collingwood is the right person to begin the “red-ball reset.”

Collingwood said he is taking things one day at a time as England’s head coach. However, he is open to whatever opportunities may come his way.

“Look, I would never say never, but my main focus right now is these next four weeks. If we get that right, hopefully we can get performances out on the park and we can rebuild,”

England Head Coach: Want to take these guys where they need to be, Says Collingwood

The 45-year-old described his job as “amazing,” and he feels honoured to be able to assist these guys. Collingwood recognises that he still has a lot to learn, but he believes he can contribute to the role, even if only in the short term.

“It is an amazing job. To be the coach and to try to help these guys get to where they need to be, feels special as well,”

I haven’t got the experience behind us. I haven’t done County Cricket or anything like that, but I have certainly got the passion to try to make a difference.”

For more Cricket Tips from the experts, read more here.

Collingwood was 1st England captain to lift an ICC trophy

Collingwood was the first England men’s captain to win an ICC trophy, the World T20 in 2010, and has worked closely with Eoin Morgan since his retirement from international cricket in 2011. He raised eyebrows last month when he said that players deserved “medals, not criticism” for completing the Ashes series. But given England’s demanding schedule, his emphasis on player welfare and mental health could be viewed favourably.

Collingwood could be a full-time candidate for the position of England’s head coach. His lack of experience in a similar position at the county or franchise level counts against him, especially after the gamble to promote Silverwood from within backfired, but if the roles are split, as Strauss suggested last month, he will be a strong candidate as white-ball coach.

Collingwood, who was appointed as an assistant coach in late 2019 after working as a consultant for the England team for several years, took over as head coach when Silverwood missed an ODI series against Ireland in 2020. He also recently oversaw a 3-2 defeat against the West Indies in last month’s T20I series in Barbados.

Collingwood will take part in his first Test match as interim head coach against the West Indies on March 8 in Antigua. The series, in particular, consists of three Test matches. Get the best betting Apps for IOS and Android here.