England-India to play postponed Test from July 1 next year 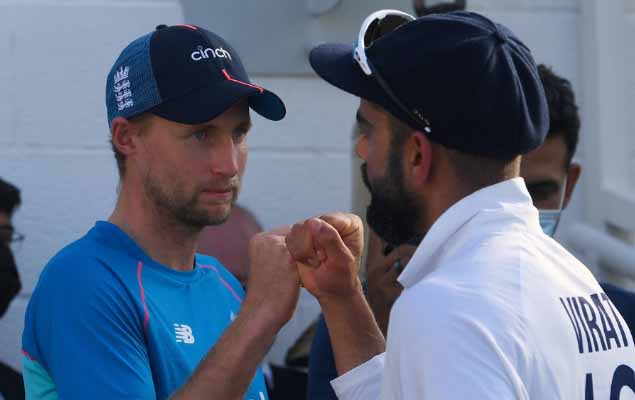 The England Cricket Board (ECB) has announced that the 5th Test between England and India which was postponed earlier this year will now be played during India’s tour of England in July next year. The Test was postponed after several members of the Indian support staff tested positive for COVID-19.

India are set to tour England for three T20Is and as many ODIs next year in July. The BCCI had earlier offered to play two T20Is instead of the Test on the tour to make up for the losses but it seems that both boards have reached terms. The Test will also be counted as part of the postponed series which India leads 2-1.

“We are very pleased that we have reached an agreement with BCCI to creating a fitting end to what has been a brilliant series so far,” Tom Harrison, ECB Chief Executive Officer, said. “I’m very grateful to all the venues involved for the cooperation they’ve shown in allowing us to reschedule this match. I’d also like to thank Cricket South Africa for their support and understanding to allow these changes to be possible.  Take a look how we predict India vs England.

Meanwhile, the match will be played at the Edgbaston Cricket Ground. As per the original schedule, the match was set to be staged at Old Trafford in Manchester but the venue was changed due to complexities in the schedule and lack of preparation time. “Due to the complexities in the schedule, the fixture cannot be staged at Emirates Old Trafford owing to clashes with pre-planned events at the venue, which will leave insufficient time to prepare a Test pitch,” the ECB explained in a media release.

The addition of the Test also means that the T20I series, that was set to commence on July 1, will now start on July 7, with the ODIs starting from July 12. Here’s our latest free betting tips and guide.