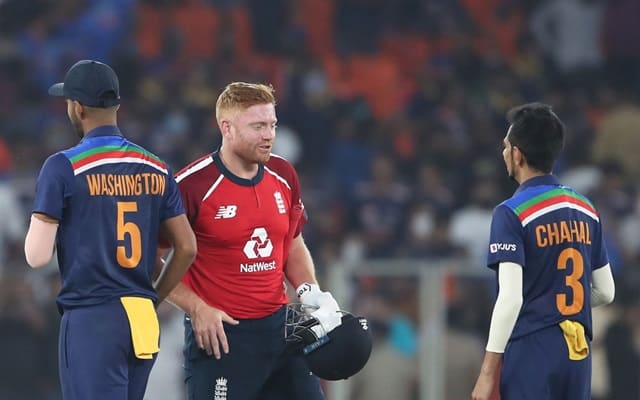 England were all over India in the 1st T20 as they thrashed the hosts by 8 wickets. Everything, right from the toss, went in England’s favour, who were too good for Virat Kohli’s men. Morgan asked India to bat and started with Adil Rashid, who bowled a brilliant first over. Jofra Archer started from the other end and grabbed the prized scalp of KL Rahul who departed for a solitary run. Rashid then accounted for the Indian skipper in his next over, leaving India reeling at 3-2. India desperately needed a partnership and promoted Rishabh Pant ahead of Shreayas Iyer. Pant played some good shots but Dhawan at the other end was looking itchy. He could only manage 4 of 12 deliveries before Mark Wood shattered his stumps. England continued to dent India’s chances by regular wickets as the hosts could only manage 124 runs in their 20 overs. Only Shreyas Iyer, who played a solid hand of 67, could resist the English bowling. Shreayas Iyer (67), Rishabh Pant (21) and Hardik Pandya(19) were the only Indian batsmen to reach double figures. Take a look our 4rabet india review.

India needed early wickets to create some panic in the England camp and the English openers Jason Roy and Jos Buttler shattered all their hopes. The duo added 72 runs in 48 balls to almost seal the game for England. Buttler departed for 28 while Roy fell just one run short of what would have been a magnificent half century. Dawid Malan and Jonny Bairstow completed the formalities as England cruised to a crushing victory. It was certainly a day to forget for the men in blue but they are a formidable side and would be eager to give it back to England in the next game.  Here’s our yoyo cricket tips. Read more to get more free tips.