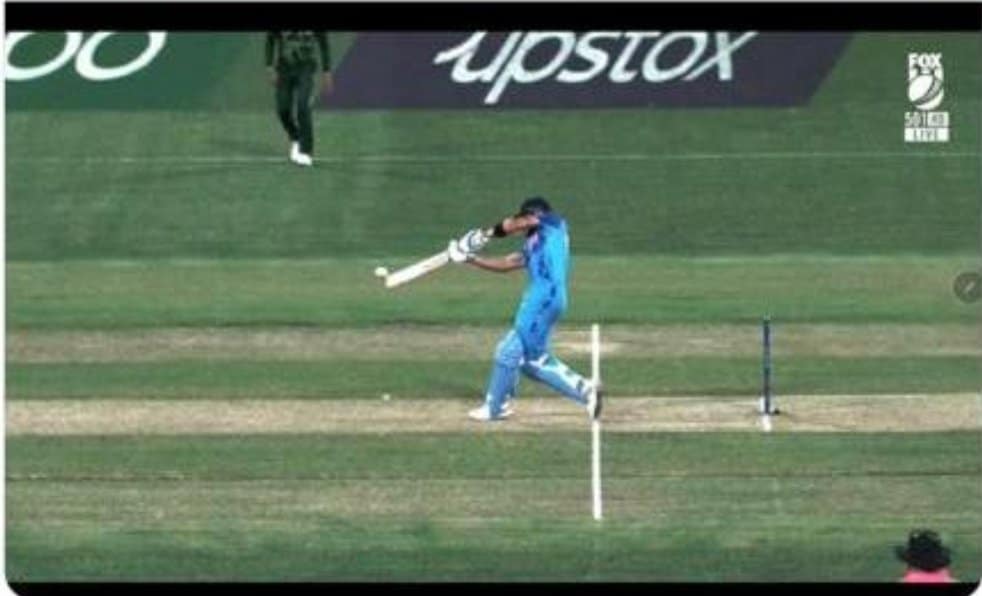 There is never any Ind vs Pak game that has been completed without any controversy and the one yesterday was not so different. While Pakistan was on the brink of winning the game, India snatched the win from their mouth. Pakistan gave a target of 160 for India to win and despite flimsy gameplay throughout most of the innings, India won the nail-biting game with 4 wickets to go.

However, the Pakistan team and ex-Pakistan players are unhappy about it. The former players are sceptical over the no-ball call in the last over. Mohammad Nawaz who was given the responsibility to defend 16 runs in the last over, started it well by taking the wicket of the set batsman Hardik Pandya. Dinesh Karthik the new batsman took the strike for the next ball quickly ran a quick single and gave strike back to Kohli.

On the third ball of the over, Kohli smashed Nawaz for a six. Immediately after the delivery, Kohli went to the umpire to ask if it was a no-ball. Though the delivery was a fair one, it was the height of the ball above the waist that called for the decision. Listening to Kohli’s query, the umpire gave it a no-ball giving India an extra run as well as the extra ball. Babar questioned the decision but it was too late. Following the no-ball, India lost the wicket of Dinesh Karthik but eventually the game ended in India’s favour.

In a chat with A Sports following Pakistan’s painful defeat at the MCG in the Ind vs Pak game, former Pakistani captains Wasim Akram, Waqar Younis, and Shoaib Malik argued that on-field officials could have sought the third umpire’s opinion before making the call. Waqar, on the other hand, believed that the umpire had waited too long to make a judgment and only accepted it after Kohli had raised an objection.

While Malik said it wasn’t Kohli’s fault and mentioned that use of technology here was necessary to avoid the discussion. Adding further to the discussion, Waqar said, “When the ball is about waist-high, the square-leg umpire’s first reaction is that he takes his hand out, extends his right hand. He is an experienced umpire. That’s his natural reaction. But if you look at the replays, (Erasmus) turns around to see the ball. Then after, Virat Kohli asked for it. I am not saying and I don’t want to say it’s a no-ball or not, I don’t want to get into that controversy. But the umpire should have called it there and then. It was Virat Kohli’s right to ask for the no-ball and he should do it. The square-leg umpire should have consulted the main umpire and they should have gone upstairs.”