Home » News » Explained: Difference Between Jasprit Bumrah and Mohammad Hasnain With the Same Type of Action. And Why Has Hasnain Been Banned?

Explained: Difference Between Jasprit Bumrah and Mohammad Hasnain With the Same Type of Action. And Why Has Hasnain Been Banned? 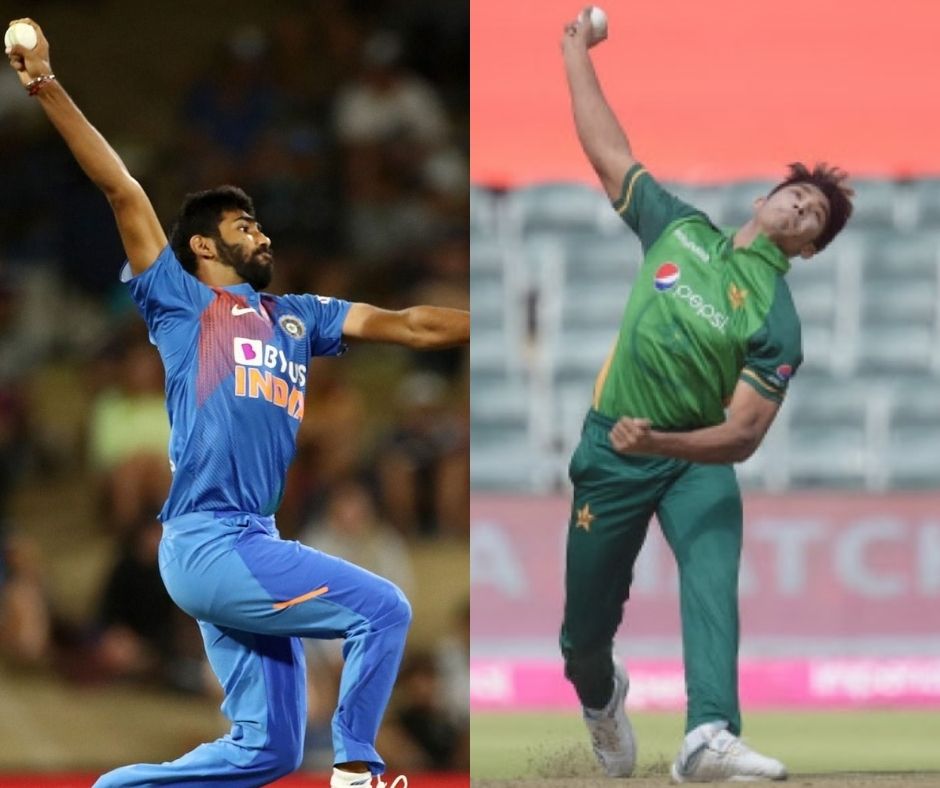 Jasprit Bumrah is one of the best bowlers across all formats in the current era. And it shows in his performance wherever he plays. But it is not always his performance that catches the eyes of the fans and analysts. But it is his unique bowling action. Many have expressed that because of his actions, he might not be able to continue for a long time, but so far, Bumrah has proved everyone wrong.

However, Pakistan fast bowler Mohammad Hasnain has been banned from international cricket due to his illegal bowling action. And often, he has been compared to Jaspreet Bumrah regarding his bowling action. But what has he done wrong that the ICC has found his action to be illegal?

Here are today’s betting tips from betting experts for free.

Is the bowling action of Bumrah also illegal?

“This process has been completed, with Hasnain’s action found to be illegal by the PCB’s testing laboratory and the report reviewed and verified by CA’s independent expert.”

However, Hasnain’s bowling action is often compared to that of India speedster Jasprit Bumrah. But actually, it is a bit different altogether. As per the ICC rules, it suggest that a delivery should not breach the 15-degree limit required for an action to be legal. Former England cricketer has also expressed his view. He took to Twitter and clarified the difference between the bowling actions of Bumrah and Hasnain as per the ICC rules. He wrote,

“For those asking, here is Jasprit Bumrah. You can see his arm straight from the wrist to elbow. The rule is when it is above the vertical (PIC 2) that the elbow must not bend past 15 degrees. You can clearly see the forward flexion in his arm, which is a hyperextension, in pic 3 & 4. This is allowed (a forward bend) for people with hyper-mobile joints.”

Get the best cricket match prediction app for IOS and Android here.

PCB are working to improve his action

However, the Pakistan Cricket Board has confirmed the statement and they are working closely with Mohammad Hasnain. The PCB official has said they will work with him and will try to resolve this issue as soon as possible. And till then, he will not play any more cricket matches. The PCB said,

“He will use this time to work with the PCB-appointed bowling consultant to modify his bowling action so that he can apply for a reassessment and become eligible to return to international cricket as quickly as practically possible.

Check out more legal betting apps for smartphones and learn how it works online.