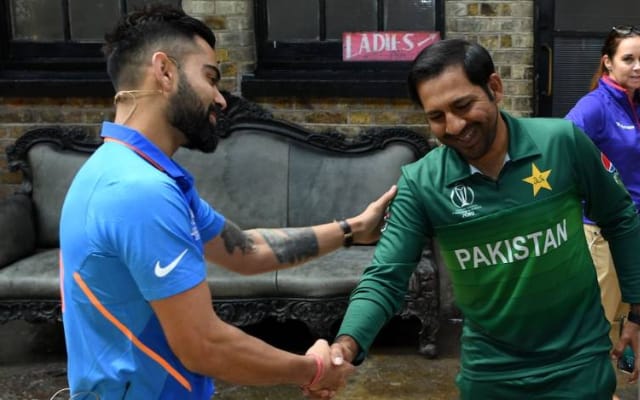 After a blockbuster performance in the now-suspended 14th edition of the Indian Premier League (IPL), former South Africa batsman Faf du Plessis will be seen plying his trade for Quetta Gladiators in the sixth edition of the Pakistan Super League (PSL). Ahead of the marquee event, Faf spoke at lengths regarding the Quetta Gladiators team and their captain Sarfaraz Ahmed.

Du Plessis spoke highly of the young Pakistan batsman Azam Khan who received his maiden call to the Pakistan team for the T20I series against Pakistan and West Indies. Both Faf and Azam will play for Quetta in PSL. Speaking about Azam, the former South African skipper said that Khan is a powerful striker of the ball. Learn more about betway partners or online affiliate.

“Azam Khan is a good hitter. I think he got that one fifty there towards the end of the competition. He has definitely got a lot of power and he takes the ball on. He will be very driven to do well in this last leg,” Du Plessis said as quoted by Cricket Pakistan.

Further in the interaction, the 36-year-old opened up on the captaincy style of Sarfaraz Ahmed saying that the former Pakistan skipper is very passionate about the game and is always talking to the players. He added that Sarfaraz is quite different from MS Dhoni, who says calm and reserved on the field, but resembles Virat Kohli, who is very expressive. Cricket betting tips report free are available here. Try to take a look our full review as well.

“They [Sarfaraz Ahmed and MS Dhoni] are quite different. MS is quiet and reserved. He does most of his things instinctively on the field. Sarafraz is the opposite and almost like Virat [Kohli] in the sense where he is always talking to the players, talking to the bowlers. Always very passionate about how he captains his team and he shows it. There is no right and wrong way, they just have two different styles,” he added.