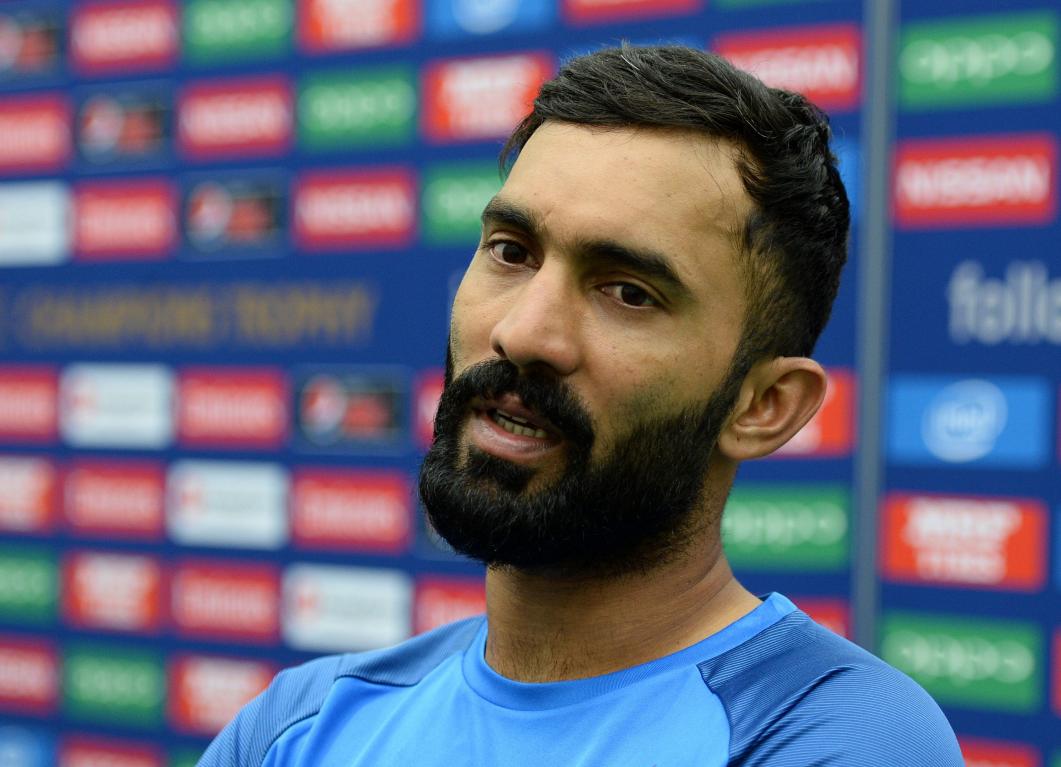 Right-handed batsman wicket-keeper Dinesh Karthik has expressed his desire to represent India again in T20I. He revealed he still harbors dreams of representing India, especially the T20’s and would do anything possible.

In his recent interview with ANI, Karthik opened up about his dreams and plans for representing the country in blues. He stated:

Karthik made his international debut in 2004, before MS Dhoni, but was later overshadowed by his supremacy. He continued to make fitful appearances and mostly played as a reserve wicket-keeper. He was tested more than being given a real chance.

Dinesh Karthik was put to open the innings in the Test series in England in 2007 in the absence of Virendra Sehwag. He stood to the test and his performances helped India script history in England. Karthik aggregated more runs than the likes of Dravid, Sachin, and Ganguly.

He was then part of India’s triumph in the inaugural edition of the T20 World Cup. For his brilliant domestic season and immaculate IPL form in 2013, Karthik was rewarded with a place in the Champions Trophy squad. Despite scoring hundreds in practice games, he didn’t get to feature in the official matches.

However, when Dhoni was about to finish his career, selectors once again turned to Karthik for his services. Karthik by that time had reinvented himself as a finisher and had started doing that quite successfully. He won 6 games for KKR while finishing the game in the 2018 season. His heroic of 29 runs of 8 balls in the Nidhas Trophy final in 2018 is still fresh in the minds of cricket fans. He was even pivotal in India’s title win in the 2018 Asia Cup. However, once selectors decided to put their faith in Rishabh Pant, he was again cast out of the scheme of things. Check our latest cricket tips and learn how to predict matches.

Karthik has suffered a lot due to selectors’ negligence. He last represented India in the 2019 World Cup semi-finals. Though he has been out of the national side since he has been playing IPL and domestic cricket regularly. Tamil Nadu had won the inaugural edition of the Syed Mushtaq Ali tournament under the leadership of Dinesh Karthik.

Tamil Nadu won the recently concluded edition of SMAT in the absence of big names Karthik, M Vijay, Washington Sundar. On being asked how pleasing it is to see the growth of Tamil Nadu as a cricketing force, he said:

“That is why I go and play Syed Mushtaq Ali and Vijay Hazare Trophy for Tamil Nadu. The kind of success we had as a state team has been phenomenal and me being a part of that journey is something I have thoroughly enjoyed. My main aim is to play for the country again, especially the T20 format. T20 cricket is something, the fire is still burning very brightly.”

Dinesh Karthik’s Utility as a Finisher for India in T20I

Dinesh Karthik is a seasoned campaigner. Although he has represented India in just 94 ODI and 32 T20I, he has experience of being in international cricket for over 17 years. He was a promising cricketer from the start and has delivered for India in crucial times but had to miss out because of Dhoni. Karthik has done very well in the domestic circuit and IPL. If you are looking best betting apps you are in the right place.

He was possibly India’s best option for the no. 4 spot in the World Cup 2019 but missed out because of a captaincy oversight. The Indian limited-overs middle-order is still recovering from the loss of Yuvraj Singh, MS Dhoni, and Suresh Raina and needs someone in the middle to fill that void.

The T20 World Cup 2022 is lined up to be played in Australia later this year. Rishabh Pant will be a preferred choice of selectors as a wicketkeeper but they will need someone like Karthik as a finisher and a backup wicketkeeper in the team. Speaking on his prospects as a finisher, the 36-year old said:

“Even the last T20 World Cup, one of the main areas is a finisher and that is a role I’m looking at very keenly. Over the period of time, stats and performances show that I have done a decent job in the limited time I have spent in Indian colors and the franchises I have played for.”

Read our new cricket prediction and get the latest news here.