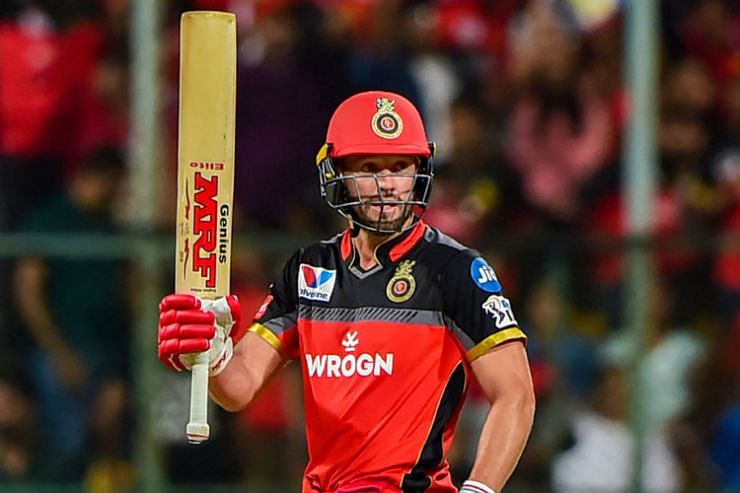 What will the Indian Premier League be without the presence of the cricket Superman, AB de Villiers? The former South African skipper has announced his retirement from all forms of cricket, thus ending his decade-long partnership with Royal Challengers Bangalore. No overseas cricketer has made the type of impact or developed the type of bond that De Villiers had while playing for the Bangalore franchise in IPL.  Here’s our cricket prediction app guide.

“I’m going to be an RCBian for life. Every single person in the RCB set-up has become family to me. People come & go, but the spirit & the love we have for each other at RCB will always remain. I’ve become half Indian now & I’m proud of that,” de Villiers said in a video uploaded on RCB’s official Twitter handle.

It all began in 2011 when De Villiers donned the RCB jersey for the first time. RCB were chasing a modest total of 162 against Kochi Tuskers Kerala. Batting at No 4, he scored an unbeaten 54 of 40 balls, which helped his team get over the winning line, and thus began the ABD-era in IPL.

De Villiers hangs his boots as the sixth-highest run-getter in the IPL after plundering 5,162 runs. He finished behind Kohli with 4,491 runs for RCB. But it’s not just about runs but the rate at which he scored those runs, especially in the death overs, and the chilling effect it had on the opposition bowlers. No batsman has scored 1000+ runs in the death overs (16-20) at an average of 40+ and mind-boggling S/R of 223.

There are many instances of his brilliance if one sits and begins jotting those knocks. We have handpicked a few of them. 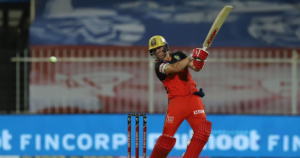 No other batsman who scored more than 20 runs in that game managed a strike rate of 140, whereas De Villiers smoked 73* of 33 at an S/R of 221. When he arrived at the crease, Virat Kohli had already spent 5 overs in the middle. However, the former RCB skipper could only manage 11 runs of 14 balls on a sluggish Sharjah wicket. But it seemed he was batting on a completely different wicket.

He teed off within the first 13 balls and kept flying. Bangalore reached a very above par score of 194, courtesy of a 100-run stand between De Villiers and Kohli. However, out of those 100 runs, Kohli’s contribution was only 27. After the game ended, Kohli said, “Barring one superhuman, every batsman struggled on the pitch,” which summed up the impact of his innings. 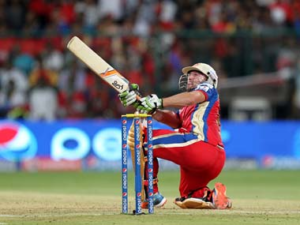 The simplest way to judge a player’s greatness is when he is pitted against the best of his era. In this innings, the maverick South African demolished the best. In another tricky run chase against Sunrisers Hyderabad, RCB were 3 down for 40 with the asking rate touching 9. De Villiers made his intentions clear the moment he arrived at the crease with a six that landed on the trash can. He single-handedly brought the equation to 28 of the last two overs. One of them was to be bowled by his fellow countrymen Dale Steyn.  Here’s our newest IPL betting tips and tricks. Read more now.

He won the first round in 2012 when he scored 23 of Steyn, this time it was 24. The superman muddled Steyn with two sixes to start the over and followed it up with a scoop over fine-leg to the second tier of the Chinnaswamy stadium. A hapless Steyn could do nothing but admire the shot and clap the beast in front of him. This knock would undoubtedly linger in the minds of those who had learned of the retirement news. 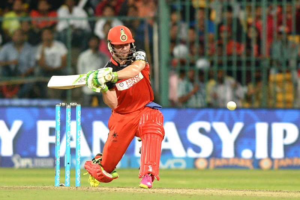 There are uncountable innings where De Villiers has scored more runs or had a better strike, but none more important than the innings he played in the 2016 knockout game vs Gujarat Lions. Chasing a target of 159, RCB was reeling at 29/5. Except for Mr.360’s concern on the other end, it was clearly in Gujarat Lions’ hands. He was their only hope, and he had to survive among the falling wickets while keeping an eye on the ticking run rate. He kept on building the innings up and took the game deep. With rain starting to come, he took on the bowlers and displayed a mastery of strokeplay which included a paddle sweep past point off a leg-stump yorker. In the end, RCB romped home with 10 balls to spare. 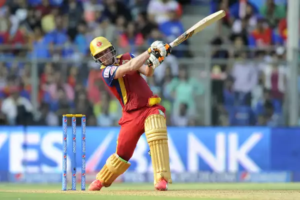 There are many things that are beyond our control on a cricket field. One such thing is the onslaught of AB De Villiers. As an opposition captain, you can just admire his brilliance when he is in such a mood. On 10th May 2015, that unlucky captain was Rohit Sharma. It was one of those rare occasions where the coin flipped in favour of Virat Kohli. He had no hesitation to bat first on a belter of a Wankhede wicket. However, RCB didn’t have the ideal start as they lost Chris Gayle to some individual brilliance from Lendl Simmons. In walked the superstar who batted for the majority of that season at No 3. In a span of 1 hour and 22 minutes, RCB reached 235/1 from 20/1.

His 215-stand with Virat Kohli still remains the second-highest partnership in IPL. He scored 62% of the total partnership runs. De Villiers began his inning with five dot balls against Lasith Malinga. Mr 360 gradually stepped on the accelerator and went on to hit the tournament’s third-highest individual score. His unbeaten 133 comprised 19 fours, the joint-most in an IPL knock and four towering sixes. As mentioned by Jonty Rhodes in de Villiers’ autobiography, Ricky Ponting, the Mumbai coach at the time, told him that each of de Villiers’ shots were hit in the gap. 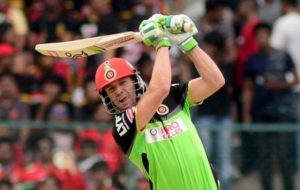 AB De Villiers’ third and final century in IPL came in a record-breaking 231 run stand with his favourite partner in crime, Virat Kohli. The Indian superstar played the second-fiddle for a long time in the partnership as the ABD show continued from the other end. In an unbeaten knock of 129, he lit Chinnaswamy with 10 fours and 12 sixes. De Villiers scored his half-century in 25 balls and reached his ton in 43.