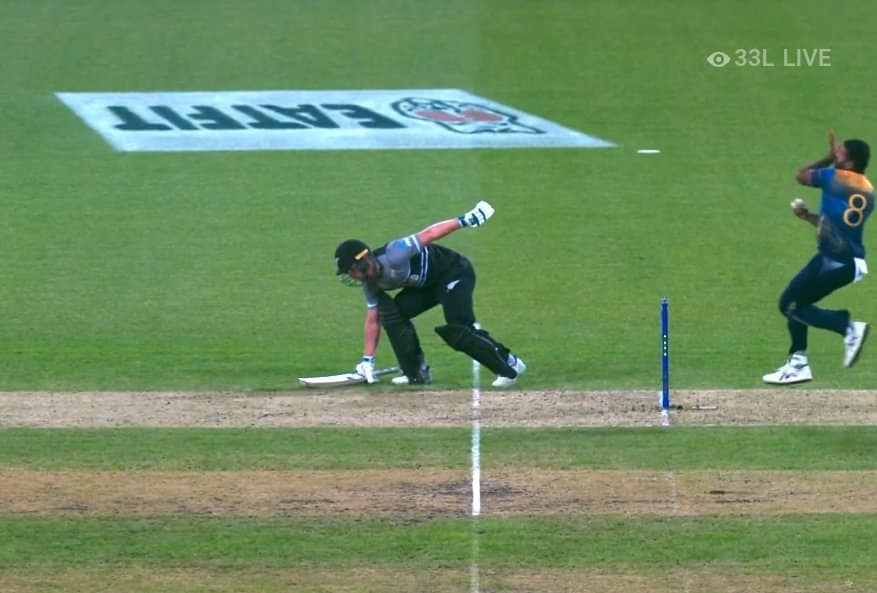 New Zealand was playing versus Sri Lanka but the start wasn’t what the team wanted. Devon Conway and Finn Allen were out for one run each. Kane Williamson continued with his poor patch and the kiwis were 3 wickets down for 15 runs. Glenn Phillips’ knock acted as the backbone of New Zealand’s innings. He also became the second player in the T20 World Cup to score centuries.

Phillips made 104 runs off 64 balls with 10 fours and 4 sixes. He not only wowed people with his bat skills but his inventiveness and maturity also caused everyone to pay attention to him. In order to solve the non-striker run-out issue, Phillips came up with an odd but successful strategy in the latter half of New Zealand’s innings. Glenn positioned himself in a sprint stance used by athletes, he kept his foot behind the line but held his bat firmly in hand to get the momentum.

Explaining his thought processes behind the stance, Glenn Phillips said it was nothing but in the moment though. “I actually had my three-point start wrong, which my best mate’s going to probably give me a little bit of stick for later on. It’s supposed to be the other arm and another leg. I guess the position was to be able to see the bowlers and take off as quickly as possible from a sprinter’s start when you’re trying not to be out of the crease as much as possible — there’s been a lot going around about Mankads and leaving the crease,” he said

He mentioned about mankading and accepted that it was the responsibility of the batsmen to stay in their crease. He further mentioned that it wasn’t wrong if the bowler would take the bails off. Thanks to Glenn Phillips, New Zealand are sure to play in the semi-finals of the T20 World Cup. Sri Lanka came to chase a target of 164 but never got the start they needed. The Sri Lankan side was all out for 102 runs. This defeat has made their journey difficult. The Asian champions will now have to win both their games and wait for the results from others to know about their future in the tournament.