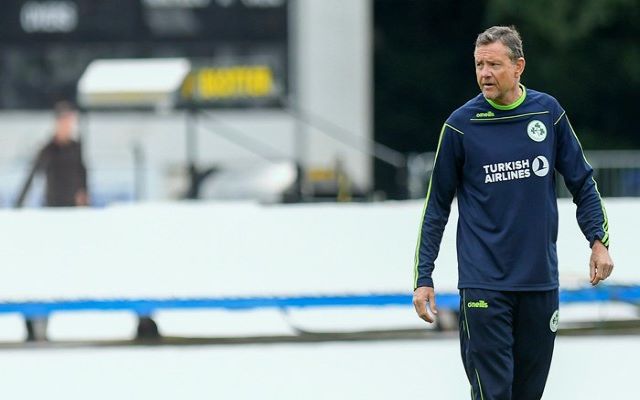 Cricket Ireland announced on Wednesday (November 17) that Graham Ford will step down as Ireland head coach with immediate effect. This will bring an end to his four years tenure with the Irish side. Ford was initially appointed in 2017 for the role on a three-year deal, which was later extended by another three years in 2019. He will see out his contractual notice period which will end mid-December

He took charge of the country in 102 internationals – 51 T20Is, 47 ODIs, 3 Tests and 1 List A match. His tenure saw Ireland to Test Debut and T20 World Cup 2021, although Ireland’s failure to progress to the Super 12 was surprising. Get what would be the best cricket betting tips and tricks from us.

“The last four years have been very special for me – I have enjoyed many happy days with a cricket squad made up of very special people. I have also enjoyed watching club cricket and experiencing the passion and club loyalty of many fine cricketing people,” said Ford.

“When compared with the other ICC Full Member nations, Cricket Ireland has faced many handicaps and challenges. Despite this, on several occasions, the team has competed impressively with some of the top teams in world cricket and it has been a privilege for me to experience first-hand the character and togetherness of the Irish players.”

“However, over a period of time, these challenges and handicaps have taken their toll on me. After much consideration and discussion with my family, I realise that this is the right time for me to step away from Cricket Ireland.”

He concluded by saying “I’d like to end by thanking all the players and the support staff for their impressive attitudes and loyal support during the four years and I look forward to watching them achieve big things in the future.”

In December Ireland will leave the USA for the historic tour and then will play against West Indies for the white-ball series in January.