Home » News » GT vs PBKS: Rahul Tewatia Lost His Cool on Sai Sudharsan after Surviving the Run-Out against Punjab Kings

GT vs PBKS: Rahul Tewatia Lost His Cool on Sai Sudharsan after Surviving the Run-Out against Punjab Kings 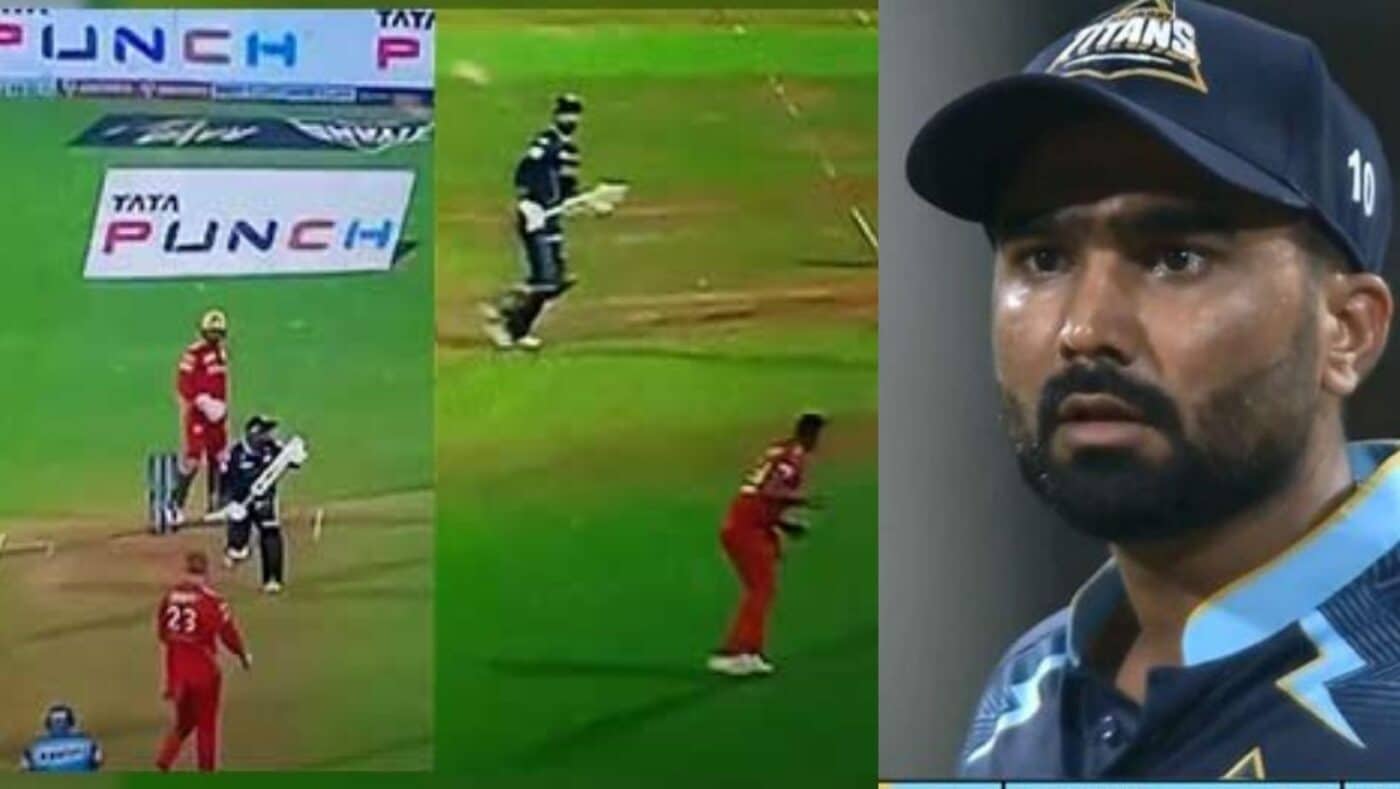 GT vs PBKS: On Tuesday, the fans saw another low-scoring match in the TATA IPL 2022 between Gujarat Titans and Punjab Kings. Both teams locked horns at the DY Patil Stadium. PBKS, who were playing for their survival against the table-topper GT, finally succeeded in doing so. But apart from being a low-scoring match, it had some unexpected things that took place. Well, it started with the toss. GT won the toss and took the decision to break the chain by choosing to bat first. Notably, almost all the teams have decided to bowl first after winning the toss.

But it didn’t go as per the plan for Hardik and his team. They lost both openers, who had given them some good starts more often than not in their first six overs. That brought young Sai Sudarshan and GT skipper, Hardik Pandya, to the crease. But this time, the skipper wasn’t able to replicate his form and got out to Rishi Dhawan after scoring just one run. At 44/3, David Miller came to the crease and both batters tried to make a little partnership.

In trying to hit it for six, Miller (11 off 14) got out to Livingstone on a loopy ball. He wasn’t able to time the ball and Rabada complete an easy catch at the mid-off boundary. That brought the ever-reliable Rahul Tewatia to the crease, where he joined Sudarshan. Both batters then started to play very cautiously and added 45 runs for the fifth wicket. But one incident took place on the 12th when Tewatia got angry with the 20-year-old.

GT vs PBKS: Tewatia lost his cool with Sai Sudharsan

The left-hander nudged a ball on the offside and tried to take a single. However, he was sent back by the 20-year-old after coming halfway down the pitch and almost got run out. The fielder threw the ball to the keeper, but Tewatia was in just in time. However, it didn’t go well, and he was very furious with the 20-year-old for not responding to his call. However, in the end, it was not a run. For more live cricket betting odds and scheduled matches for the upcoming future, read here.

However, he didn’t do much with the bat this time around. The all-rounder scored 11 off 13 balls before being dismissed by Rabada, who was followed by Rashid Khan to the next ball. On the other hand, Sai Sudharsan was solid at one end and helped his team get over a respective total of 143/8 in 20 overs.

The 20-year-old scored his maiden half-century and hit a vital knock of 65* off 50 balls. Only Saha was able to score over 20 runs in the entire innings. As a result, GT lost the match in the end. Here are the most reliable source of online cricket tips created to help Indian punters get the most out of their cricket wagers.