Home » News » GT vs RCB LIVE: Anushka Cheers For Virat Kohli As He Scores His First Fifty of IPL 2022

GT vs RCB LIVE: Anushka Cheers For Virat Kohli As He Scores His First Fifty of IPL 2022 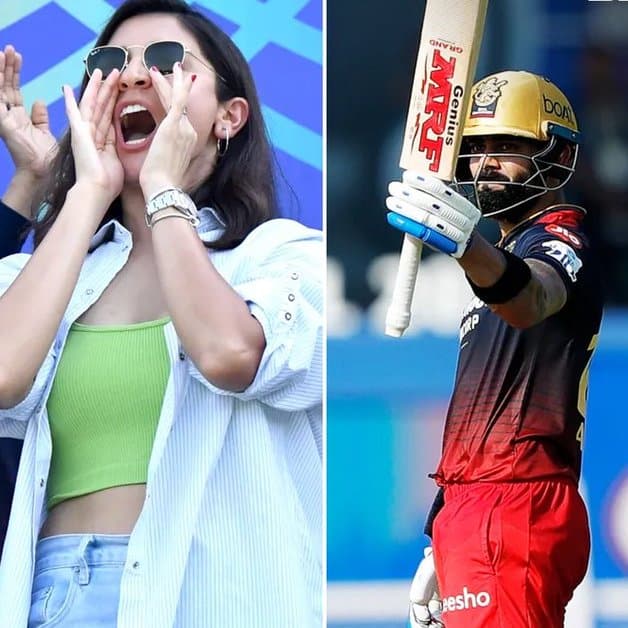 GT vs RCB LIVE: Virat Kohli’s struggle for runs in the 15th edition of IPL has been a cause of concern for many. Cricket Pundits around the world have had something to say or the other. But he returned to some kind of form against Gujarat Titans here on Saturday at the Brabourne Stadium as he scored his first fifty of IPL 2022.

Anushka Sharma, his wife was visibly the happiest person in the stadium as she cheered for her husband after he reached his fifty in the 13th over of the innings. Anushka has been there in almost every game of the season and she has been seen supporting Virat even during his bad phase in the tournament.

A sigh of relief and a little joy could be seen even on Virat Kohli’s face after he reached the milestone. His knock also brought smiles back to the faces of the fans who were in the stadium to watch the game. Kohli opened for the 2nd time in the tournament, as played his way into the innings and went only after loose balls to notch up his first half-century of the season.

Kolhi also found some luck as Rashid Khan also dropped him off his bowling just prior to him reaching his fifty. He kind of needed that little bit of luck as he has found different ways to get out in the tournament which includes two runouts in consecutive games.

Do check out more IPL betting sites for the 2022 season here on our site.