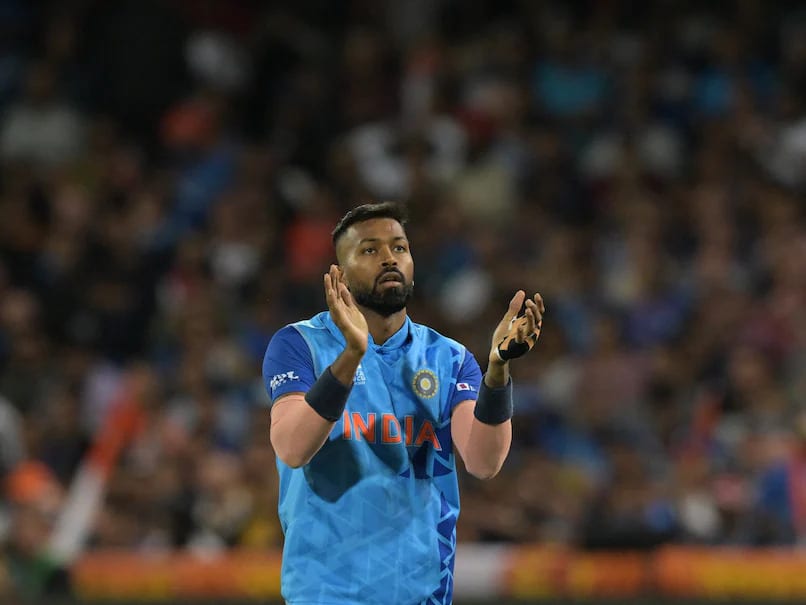 Former Indian opener Krishnamachari Srikkanth believes that Hardik Pandya should be named as the full-time T20I captain of India as Rohit Sharma’s successor and also suggested that the team management should start rebuilding a side for the next T20 World Cup.

India’s dismal performance in the semi-final of the ICC Men’s T20 World Cup 2022 against England at the Adelaide Oval has sparked up the debate over Rohit Sharma’s future as the captain of the T20I team. At the age of 35, the current all-format captain of India has only a few years left in him.

The next T20 World Cup is after two years and it is highly unlikely that Rohit will be a part of the World Cup squad 2 years from now. Team India needs to groom  According to many cricket pundits, Pandya is the automatic choice to replace Rohit for the role. Speaking on the same lines, the 1983 World Cup-winning skipper said that Pandya, who is going to lead India in the T20I series, is the man for the job.

“See if I was the Chairman of the selection committee, I would say that Hardik Pandya should be the captain of the 2024 World Cup, straight away, I’d put it that way number one. And start rebuilding a side right from today, that is from the New Zealand series which is going to happen in a weeks’ time. You start from today, the preparation for the World cup, you need to understand, starts 2 years in advance. So, you do whatever you want to do, the trial and error policy, do whatever you want, try it for one year, then you form a team and by 2023 make sure this is going to be at the level that is going to play the World Cup,” Krishnamachari Srikkanth said on Star Sports show Match Point.

During his time Srikkanth played with many all-rounders and that is why he insisted on the inclusion of all-rounders, specifically the fast-bowling all-rounders. To explain his point, Srikkanth cited the examples of the 1983 World Cup and 2011 World Cup wins.