Home » News » Harshal Patel Speaks About His Road to Recovery

Harshal Patel Speaks About His Road to Recovery 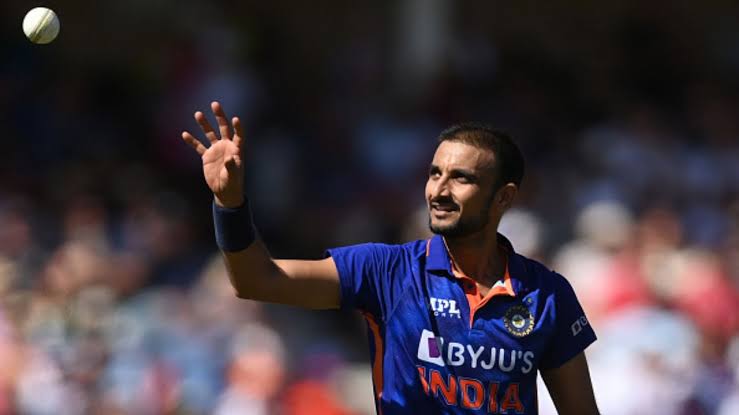 Team India will face Australia tomorrow in the first game of the 3-match T20 series. Returning to the side are India’s 2 main bowlers Jasprit Bumrah and Harshal Patel. Both the players have been missing in action for a couple of months owing to injuries. Harshal Patel, the death overs specialist is in high spirits after the recovery. A rib injury had forced the bowler to miss out on the West Indies T20 series and consequently Asia too. After months of rehab at NCA, Patel is now fit and will probably take the field tomorrow. Bet online by checking more betting sites in India for the upcoming match here on our site.

Ahead of his comeback game, Harshal shared his road to recovery. He recalled the support extended to him by the coach Rahul Dravid and captain Rohit Sharma. “They (India coach Rahul Dravid and captain Rohit Sharma) have been nothing but supportive. It does take a bit of pressure off you. Because sometimes people make foolish decisions when they’re returning to play. They’re either trying to do too much or trying to push too hard because they feel that their place is in danger or for whatever reason,” he said.

Harshal Patel made his first-class debut in 2009 and IPL debut in 2012. However, he was nowhere seen near the Indian team. It was then the 2021 IPL and his outstanding performance for RCB that changed his fortunes. The fast bowler ended the tournament with 32 wickets in 15 games. He became the first non-capped Indian player to do so. His patience and hard work over the years turned fruitful when he was named as the net bowler for UAE World Cup. In November of the same year, Harshal Patel made his team India debut versus New Zealand.

“Obviously, I am super excited. I will get nervous at some point, but at this point of time, I’m just excited. The two World Cups India won in 2007 and 2011 were memorable, and I vividly remember where I was and what I was doing. After we won the World Cup, like every kid, we took our scooters and went onto the roads to dance and jump and shout. It would be great if I could play, and if we end up winning the World Cup, to have that circle completed would be a great feeling,” he added.

India has seen early exits in both of the last 2 major tournaments they’ve been a part of. The men in blue will play their full-strength squad versus Australia to find the winning combination. Australia on the other hand will miss Mitchell Starc, Mitchell Marsh and Marcus Stoinis due to injury. Nathan Ellis, Daniel Sams and Sean Abbott will replace them in the squad.