Home » News » “He Has Laid Back Attitude, Needs Time to Produce Results”- Ganguly on How Rohit Sharma Is Different From MS Dhoni or Virat

“He Has Laid Back Attitude, Needs Time to Produce Results”- Ganguly on How Rohit Sharma Is Different From MS Dhoni or Virat 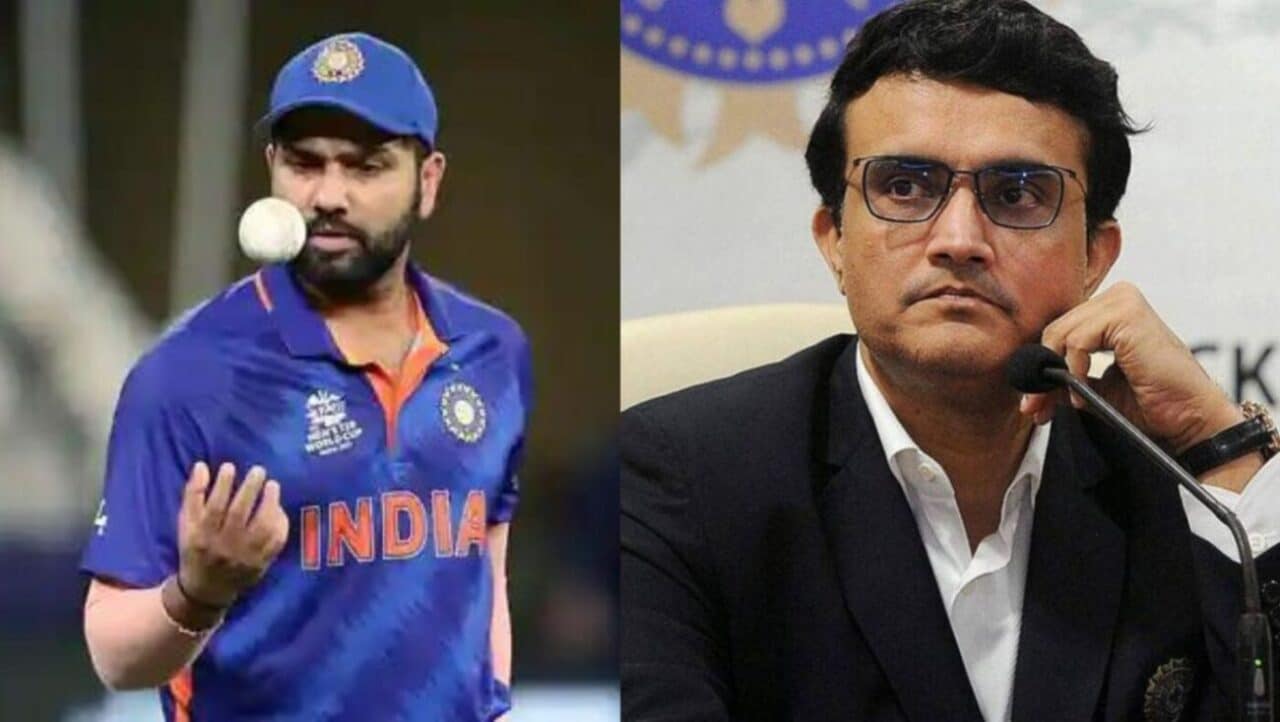 India has tried a total of seven players, who have led the Indian team in 2022. However, Rohit Sharma has done a tremendous job as a full-time captain for India and has won back-to-back white-ball series. However, according to the BCCI President, Sourav Ganguly, it is still early days for Rohit and we shouldn’t compare him with the likes of MSD and Virat. MS Dhoni is certainly the best captain of India, who has won all the major ICC tournaments. Looking for India’s best betting sites? Check out live cricket odds and bet on live cricket games with our amazing betting bonuses!

He led the Indian team to win the inaugural T20 World Cup in 2007 in South Africa. Then, he brought home the ODI World Cup in 2011 after a gap of 28 years. Under his leadership, India became No. 1 in the test rankings. Later, he won the Champions Trophy in 2013. On the other hand, under the captaincy of Virat Kohli, India dominated Test cricket and stayed at the top for a consecutive six years, their biggest streak in the format.

Rohit has also started well in his tenure as a captain. Notably, he hasn’t lost any series under his captaincy. The main goal for the 35-year-old is to lead India to victory in the ICC event and end the country’s nearly decade-long trophy drought. He will be leading India in the next edition of the Asia Cup, and India will enter as the defending champions. It was Rohit who led India to victory in the last edition of the tournament in 2018. Here you will find more Cricket Predictions and analyses on the upcoming cricket matches that are being played around the globe.

He has been the most successful captain in the IPL, having led Mumbai Indians to five IPL titles. In the latest interaction at a Bengal Peerless event on ‘Leadership in Modern India’, Ganguly was asked about the leadership of the 35-year-old. He said,

“MS Dhoni handled the transition fantastically. Then came Virat Kohli who has a fantastic record. He did things differently. Every individual is different. I don’t compare captains, everybody has their way of leadership. Rohit Sharma has a bit of a laid-back attitude. He wants to do things in a very calm and composed way. When you back someone, let him captain, give him a bit of time to give results, and then see what happens.”

Despite seven different captains, India has done a really good job so far. However, Ganguly also urged the fans to trust in the process and support Rohit. He said that if we had given him the responsibility, then let him take his own time. Because expecting results so early is not good.