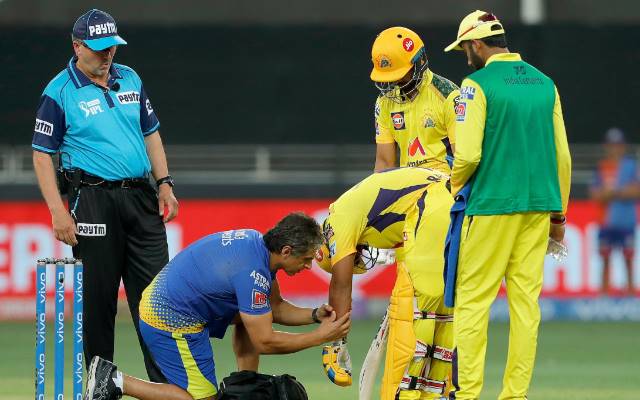 Chennai Super Kings (CSK) had a brilliant outing in their first match of the UAE leg of the Indian Premier League (IPL) and defeated Mumbai Indians by 20 runs. While most things went right for the Yellow Brigade, injury scares to Ambati Rayudu and Deepak Chahar kept them on their toes. Ambati Rayudu was hit by a delivery of Adam Milne and had to retire hurt, while Deepak Chahar was also seen limping while bowling his final over, leaving the fans worried.

However, in a massive relief, the injuries are not serious and both players will be available for selection in CSK’s next match against RCB. The development was confirmed by CSK CEO Kasi Viswanathan who revealed that Rayudu’s X-ray reports have ruled out any fracture and the batter is expected to regain peak fitness before the next match. He also confirmed that Chahar struggled with cramps in the previous game and there was nothing serious.

Check our “live bet365″ review here where you can learn more about the app how it works.

“His X-ray report showed no fracture and considering that we have few days before we play the next game against RCB, he should be available for selection,” he said.

CSK were looking in trouble at 24-4 but a scintillating knock by Ruturaj Gaikwad, who scored 88, helped CSK post 154 before Dwayne Bravo and Deepak Chahar helped them restrict Mumbai to 136/8. Gaikwad, who was named Man of the Match, said, “This is my fifth Man of the Match award in 13 games. Obviously, the situation was tough, we had lost our top order. It was about taking responsibility and finding a way to reach 120-130. I spent some time in the middle and reassessed the target.”

CSK play their next match against RCB on Friday.

Here are the top  world cup cricket betting odds app where you can download.