I Am Almost Done With BCCI Says Murali Vijay 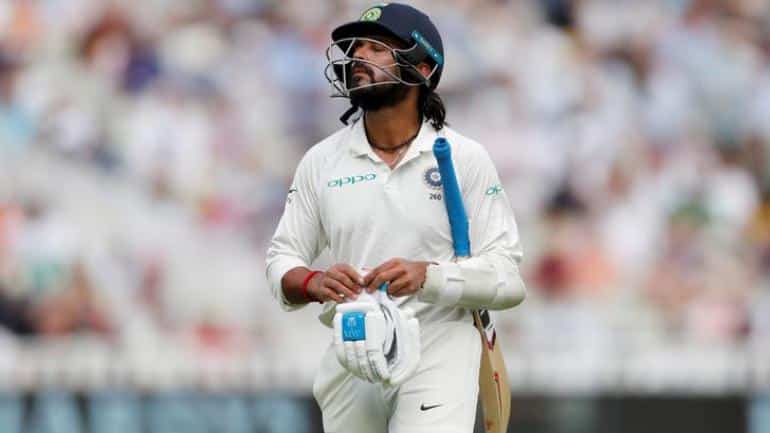 Murali Vijay last played a game for India in 2018 and since then, the player is waiting for his call to play for India again. Since then several openers have come in the side. The 38-year-old opener expressed his displeasure over waiting for his selection. In 2014, Murali Vijay was India’s highest run-scorer in the England series but since playing in the Tamil Nadu Premier League the previous year, Vijay has not participated in any professional games.

In a conversation with SportsStar, Murali Vijay said, “I am almost done with BCCI (smiles) and looking for opportunities abroad. I want to play little bit of competitive cricket. After 30 in India, it’s a taboo (smiles). I think people see us as 80-year-olds walking on street. The media should also address it differently. I feel you are peaking in your 30s. Sitting here right now, I feel I can bat the best way I can. But unfortunately, the opportunities were less, and I had to search for chances outside. I honestly feel as a person, you can only do what’s in your hand. You can’t control the uncontrollable. Whatever happened happened.”

I feel I can bat the best way I can: Murali Vijay

Murali Vijay gained notoriety for turning his start into enormous scores throughout his first several first-class cricket campaigns. In 2008–09, Gautam Gambhir was serving a one-match suspension for an on-field heated argument; it was then Murali Vijay received a call-up for Test matches in his place. While his career in the longer format didn’t last long, it provided an IPL opportunity for him. It was a selectorial gamble predicated more on promise than domestic cricket runs when Vijay was eventually awarded another complete Test series versus Australia in 2012–2013.

Murali Vijay transformed the wager into a jackpot by registering consecutive 150s. In 2014, as mentioned he was the highest run-scorer in the England series. However, his joy was short-lived as the player was on and off the side. Since his debut in 2008, he represented India in 61 test matches, 17 ODIs, and 9 T20Is. He scored 3982 runs with 12 centuries in the longest format followed by 339 runs and 169 runs in ODIs and T20Is respectively.