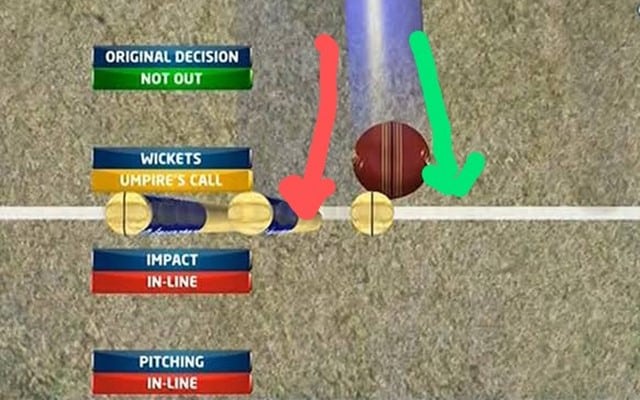 The ICC Cricket Committee has made some modifications in the DRS calls for LBW. The Anil Kumble led committee, though, has stuck with the controversial ‘Umpire’s Call’. Several cricket experts have voiced their opinion to do away with the ‘Umpire’s call’ as it causes inconsistency in the decision making.

The ICC Cricket Committee head, Anil Kumble revealed that they had a long discussion about the ‘Umpire’s call’ but decided to stick with the feature as it preserves the role of the umpire as the decision maker.  Take a look our parimatch casino app review.

“The Cricket Committee had an excellent discussion around Umpire’s Call and analysed its use extensively. The principle under pinning DRS was to correct clear errors in the game whilst ensuring the role of the umpire as the decision-maker on the field of play was preserved, bearing in mind the element of prediction involved with the technology. Umpire’s Call allows that to happen, which is why it is important it remains,” Kumble said

Though the committee decided to stick with the ‘Umpire’s call’, they have made several changes to how LBW calls will be judged and the most crucial of them is the calculation of the hitting zone. Earlier, the hitting zone finished at the bottom of the bails but now it will be extended to the top of the bails. This will ensure that if a large part of the ball is hitting the bails, the decision will be overturned and the batsman will be declared out.

‘For LBW reviews, the height margin of the Wicket Zone will be lifted to the top of the stumps to ensure the same Umpire’s Call margin around the stumps for both height and width,’ stated ICC. Do check our ipl cricket betting tips free. We are expert on cricket betting.