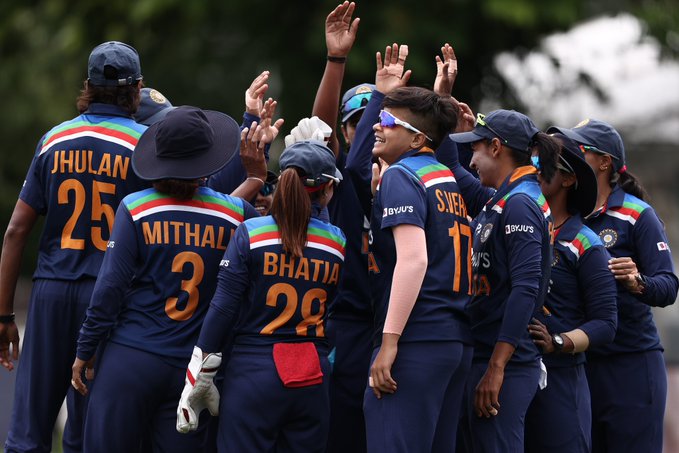 Women’s World Cup 2022 ICC Women’s 50-over Cricket World Cup is scheduled to start on Friday. New Zealand is hosting the twelfth edition of the eight-nation event. The previous edition was held in 2017 and this edition was scheduled for the early part of 2021. However, due to the Covid-19 outbreak, the event was postponed by one year and was rescheduled for 2022. Find here more Cricket betting odds and guides for the upcoming match.

The event will feature 31 matches that will be played between 4th March and 3rd April 2022 across 6 cities namely Christchurch, Auckland, Mount Maunganui, Hamilton, Wellington, and Dunedin. Christchurch’s Hagley Oval will host the final.

India was the first country to announce its 15-member squad on 6 January 2022. Veteran Mithali Raj will lead the Indian team into the 12th edition of the Women’s Cricket World Cup. Harmanpreet Kaur is the Vice-captain of the side. Richa Ghosh and Taniya Bhatia are the two wicket-keepers on the side. Pace bowler Renuka Singh Thakur has received her maiden call-up. Whereas Jemimah Rodrigues and Shikha Pandey have not been included in the World Cup squad.

India will begin their CWC 2022 campaign on 6 March 2022 against Pakistan. Prior to the World Cup, the same squad will play a 5-match ODI series and a solitary T20I against New Zealand in New Zealand. The series will prove to be a pre-cursor to CWC 2022.

This Indian Women’s team has some very experienced players. India was the runners-up in the last edition of the World Cup in 2017 and will look to better their results this time. India will need its key players to play at their full potential to win their maiden CWC title. Here are some players who will be key to India’s success in CWC 2022:

Mitali Raj is the most experienced player in women’s cricket history. She holds the record for the highest number of matches and most runs scored in ODI history. Out of 225 matches in her career, she has led India in 148 games and has a win percentage of 59.31.

Mitali has captained India in 3 World cups i.e 2005, 2013, and 2017. This will be her 4th World Cup as captain. Mitali’s consistency as a batsman is second to none and averages over 50 in ODIs. She has been a mainstay in the Indian women’s middle-order and seems indispensable to the batting line-up. Her form in the World Cup will impact India’s chances in the tournament.

India’s pace bowler Jhulan Goswami stands next to Mitali Raj as the second most experienced player in Women’s ODI history. In 195 matches of her career, Jhulan has picked up 245 wickets, the highest in women’s cricket history.

Jhulan completed 20 years in international cricket this year. She led India’s campaign in the 2009 Women’s Cricket World Cup. Jhulan has immense experience in handling pressure. Her experience will be of great assistance to the team. For more Cricket tips from the experts, read more here.

Harmanpreet Kaur has been named deputy of Mitali Raj for the Women’s Cricket World Cup 2022. She breaks the conventions of women’s cricket and presents an image of modern-day women’s cricket. Harman hits the ball long and hard. She was instrumental in India’s run to the finals in the last edition of the Women’s World Cup in 2017. When the chips were down and India was reeling in the semi-finals against Australia, Harman played a scintillating 171*off 115 balls knock to take India to the final. Harman bowls off spins and is an exceptional fielder.

India will start their World Cup campaign on 6 March 2022 in a blockbuster match against Pakistan. India will then play the host New Zealand on 10 March, followed by the West Indies on 12 March, and the defending champions England on 16 March. The 7-match league stage will then be rounded off by playing against Australia on the 19th, Bangladesh on the 22nd, and South Africa on the 27th of March.

Live streaming of the ICC Women’s Cricket World Cup 2022 in India will be available on Disney+ Hotstar. Fans in Sri Lanka, Nepal, Maldives, and Bhutan can stream live on Yupp TV.

Here’s our Cricket betting sites list for the 2022 Season.