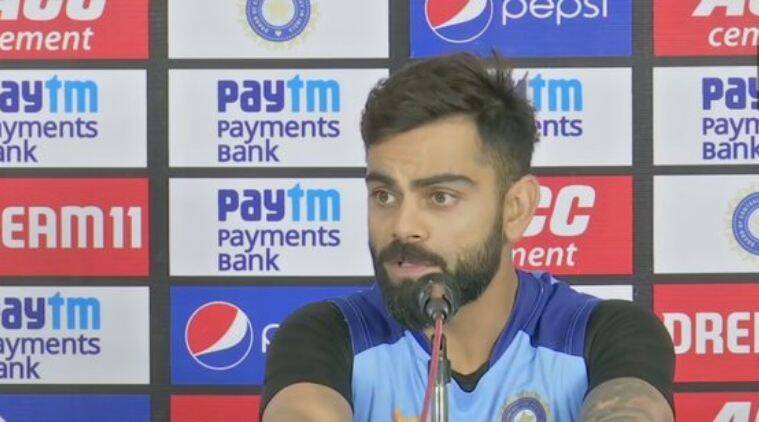 ICC Women’s World Cup 2022:  Former Indian captain Virat Kohli urged everyone to support the ‘Women in Blue’. This is ahead of the Women’s ODI World Cup match between India and Pakistan. The Women’s ODI World Cup begins on Friday. While India and Pakistan will face off on Sunday for a thrilling match. Kohli, who will play his 100th Test match at Mohali, has posted a spirited video to support India’s women’s cricket team. Looking for Cricket session tips for free and Match predictions? Read more here.

Over the last few years, India’s interest in women’s cricket has skyrocketed. Smriti Mandhana, Mithali Raj, and Jhoolan Goswami are among the most well-known female cricketers.

After winning both of their warm-up matches in New Zealand, India will go into the ICC Women’s World Cup 2022 with a lot of confidence. India defeated the West Indies by 81 runs at the Rangiora Oval in New Zealand on Tuesday. India had set a 259-run mark for the Windies to beat.

India’s top scorers were Smriti Mandhana and Deepti Sharma, who both scored 66 and 51 runs. West Indies (177/9 in 50 overs) were unable to chase down the score, losing nine wickets in the process. Pooja Vastrakar took the most wickets in the game (3-21).

With a three-match winning streak, India will face Pakistan in their Women’s World Cup opener on Sunday. India won the final ODI of their five-match series against New Zealand before edging out South Africa in an exciting warm-up match earlier this week. After receiving a blow to the head during India’s first practice match against South Africa on Sunday, Mandhana was back to her element just two days later. She set the groundwork for India’s difficult total of 258 in the allocated 50 overs.

As India decided to bat, they got off to a bad start when Shafali Verma was bowled for a duck by Chinelle Henry. Deepti Sharma joined Mandhana in the middle, and the two set about rebuilding the innings, with a partnership that was broken after the two veteran combatants. They contributed 117 runs for the second wicket at nearly six runs per over. Before being dismissed by Cherry-Ann Fraser, Mandhana scored 66 runs in 67 balls, while hitting seven fours in the process.

Mandhana’s outstanding performance came just two days after she was diagnosed with a small soft tissue injury to her left earlobe. This caused her difficulty when batting against the South Africans and forced her to retire hurt. Read more 10cric reviews and learn how betting works online.