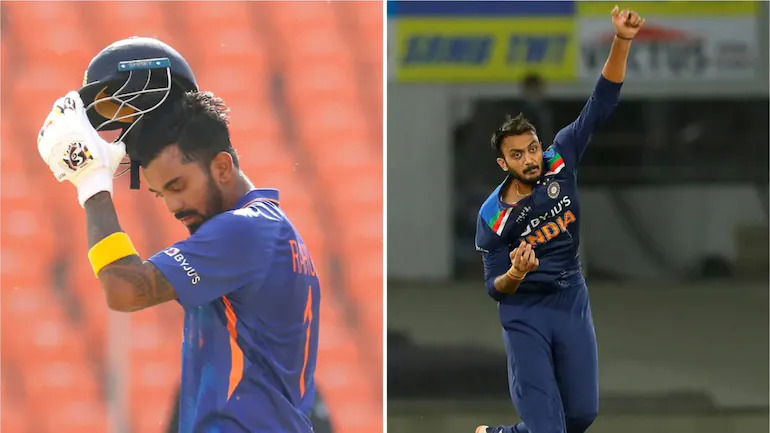 IND V WI T20: Indian vice-captain KL Rahul has been ruled out of the T20 series against the West Indies after suffering a hamstring injury. Axar Patel has still not recovered from his injury and is in the final stages of rehabilitation. So, failing to make it to the squad for the 3-match T20 series to be played in Kolkata. Meanwhile, the BCCI’s selection committee has added Rituraj Gaikward and Deepak Hooda to the squad as their replacements.

West Indies are touring India for the ODI and T20 series. All three ODIs were scheduled to be played in Ahmedabad. The action will then shift to Kolkata for a 3-match T20 series. Though India have won the series, it has been a tough tour for them. Eight Indian players, including Shikhar Dhawan and Rituraj Gaikward contracted Covid-19 upon their arrival in Ahmedabad. The BCCI were forced to make last moment arrangements for players needing replacements.

The squad has now been struck with a string of injuries. KL Rahul, who didn’t play the first ODI due to personal reasons, suffered a hamstring injury while fielding in the second ODI. Axar, who suffered an injury in the New Zealand series at home, was expected to return to the side after missing the South Africa series. But he couldn’t recover in time.

Rahul sustained an upper left hamstring strain during fielding in the 2nd ODI on 9th February 2022 while Axar has resumed the final stage of his rehabilitation after recently recovering from Covid-19. They will now head to the National Cricket Academy in Bengaluru for further management of their injury. The All-India Senior Selection Committee has named Ruturaj Gaikwad and Deepak Hooda as replacements.

The BCCI have now named opener Rituraj Gaikward and middle-order batsman Deepak Hooda in the T20 squad as their replacements. Both were part of the ODI squad. Deepak Hooda featured in two games, whereas Rituraj Gaikward didn’t get a chance. The IPL mega auction is due tomorrow. A pool of 590 players will undergo the hammer for auction. Though IPL auctions are happening before the T20 series, induction into the T20 series could better their chances at auction.

India are leading the ODI series 2-0 and are in a strong position in the third ODI at the time of writing this report. The three T20s will be played between February 16 to 20 in Kolkata. All the matches will be played behind the doors, keeping the Covid-19 situation in mind. The squad for the T20 series is as follows: