IND VS AUS: “I Will Keep Trying”, Says Sarfaraz Khan 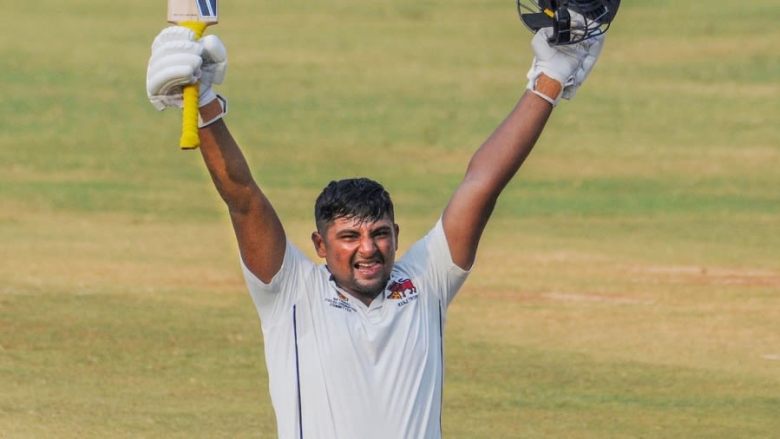 IND VS AUS: Sports can be cruel at times and that’s something Sarfaraz Khan has been dealing with. While his domestic records scream his caliber, BCCI has turned a blind eye toward Sarfaraz Khan. Last week, for the first 2 games of the Border-Gavaskar Trophy, Ishan Kishan and Suryakumar Yadav were included. Kishan’s selection was understandable, stating that India lacks a wicketkeeper in the test team. As per the reports, Rishabh Pant is likely to miss the entire 2023 season.

In the midst of all this, choosing Suryakumar Yadav over Sarfaraz Khan has raised eyebrows. In the 22 innings played by Sarfaraz Khan since 2019, his numbers are crazy but seem not good enough for the BCCI. He has 5 half-centuries, 9 tons, 2 double centuries, and 300-run innings. The Mumbai batsman in a conversation with Indian Express shared that he was heartbroken after not finding his name in the Border-Gavaskar trophy squad.

IND VS AUS: I’m also human, not a machine. I too have emotions: Sarfaraz Khan

IND VS AUS: “Everywhere I go, I hear murmurs that he will play for India soon. On social media, I have thousands of messages talking about my exclusion. Sab bolte hain tera time aayega (everyone says your time will come). I came from Assam to Delhi the day after the selection and wasn’t able to sleep the whole night. I kept asking why am I not there? But now after speaking to my father, I’m back to normal. I will never give up practice, I will not go under depression. Don’t worry, I will keep trying. I’m also human, not a machine. I too have emotions,” Sarfaraz Khan said.

Sarfaraz Khan was one of the contenders to play for India during the Bangladesh series after Rohit Sharma was ruled out. Indulging in a heart-to-heart conversation, the wicketkeeper-batsman said that it wasn’t just tested matches he was aiming at but white-ball cricket too. He spoke about scoring a century in the Vijay Hazare Trophy after coming back from being hospitalized. Sarfaraz will have a great opportunity in the next Indian Premier League (IPL) 2023 season. He is well-positioned to fill in for Rishabh Pant’s unavailability due to his ability to keep wickets as well.

The 25-year-old wicket-keeper batsman, Sarfaraz Khan is yet to make a debut for India. However, in domestic cricket, he has a stronghold. He has played 36 first-class games having scored 3380 runs with 12 centuries and a high score of 301 not out. Additionally, in List A and T20 cricket, he has played 26 and 84 games respectively.