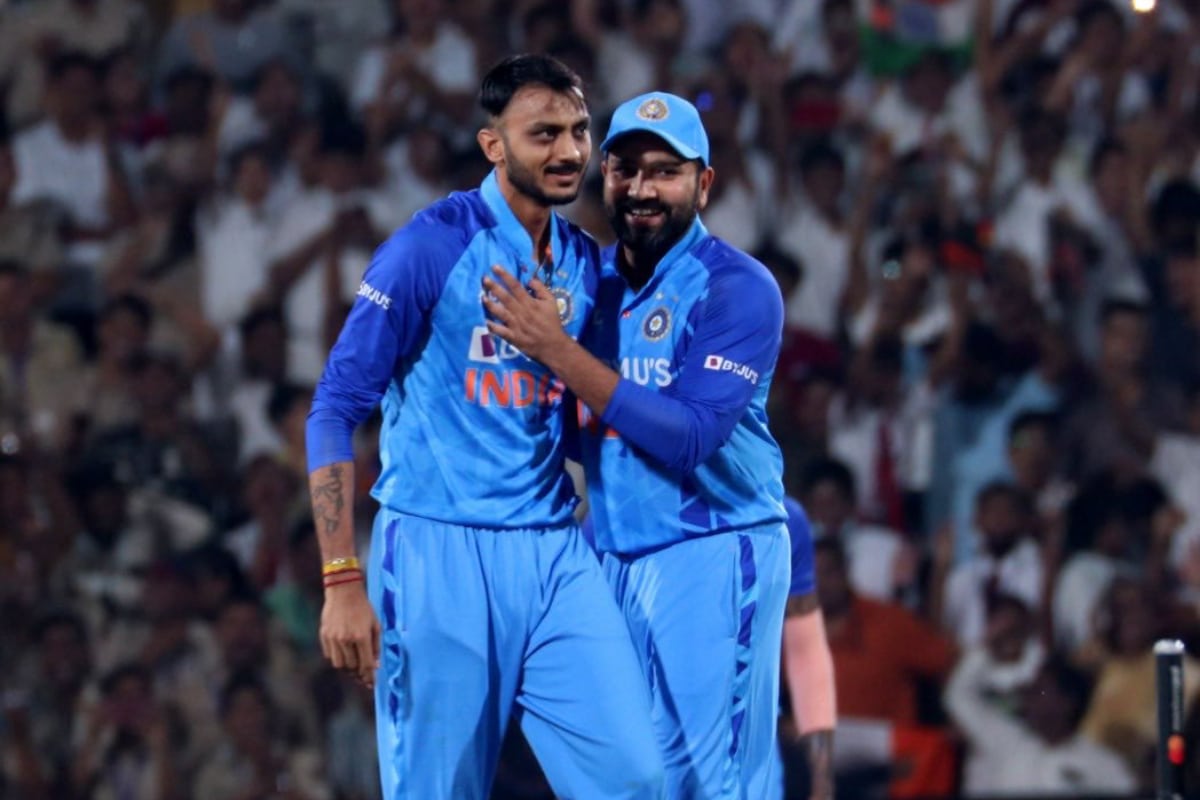 IND VS AUS: Former Indian player Saba Karim has applauded all-rounder Axar Patel for his bowling performance against Australia in the second T20I on Friday (September 23). The spinner became a game changer for the Indian team by dismissing Australian power-hitters Glenn Maxwell (0) and Tim David (2) very cheaply as well. Here are the top 10 betting sites in India that you can open on your mobile devices and enjoy competitive odds and all the features you can expect from a mobile betting site.

Moreover, the veteran left-arm spinner finished with figures of 2/13 in his two-over spell to help the hosts restrict T20 world champions Australia to 90/5 in 8 overs as well.

While speaking on India News, Karim said: “Axar Patel has shown that his place is confirmed. He has the skills and maturity and bowled with a clever mindset. His contribution in consecutive games is very big for the Indian team. Rohit Sharma’s captaincy was very good. It was a bold move to bowl Axar Patel in the powerplay and it completely changed the game, which included a run-out from Virat Kohli and the wicket of Glenn Maxwell on the very first ball he faced. Axar also bowled the fourth over, where he took the wicket of Tim David. He got rid of two big power-hitters from Australia.”

IND VS AUS: Axar Patel is likely to do well in the third match as well

Axar Patel. on the other hand, did well for India in the first T20I in Mohali on Tuesday, where he finished with 3/17. Meanwhile, Karim feels that Axar Patel is the best replacement for injured India all-rounder Ravindra Jadeja. He also said that he is a handy option in the batting department as well.

The former Indian selector said: Karim feels Axar Patel is the best replacement for injured all-rounder Ravindra Jadeja. He said that a Gujarat-based cricketer is a handy option in the batting unit. Axar is coming into the team in place of Ravindra Jadeja and performing for the side, which shows his strong mindset. His batting is also improving and I think he is the best replacement for Jadeja.”

However, the veteran recently smashed an unbeaten 40-ball 64 to help India win the second ODI by two wickets on their tour of the West Indies. It is noteworthy that Axar Patel has scored 24 half-centuries in his First Class and List A career. With the T20I series tied at 1-1, Rohit Sharma and Co. hope to win their next game when both teams will be in action in the series decider in Hyderabad on Sunday (September 25) as well. Read Mobile Bet365 reviews here and learn more about how online betting works with this app. Try it out now!