Home » News » IND VS NZ: 3 Players That Can be Crucial For New Zealand Team for 3rd ODI Match

IND VS NZ: 3 Players That Can be Crucial For New Zealand Team for 3rd ODI Match 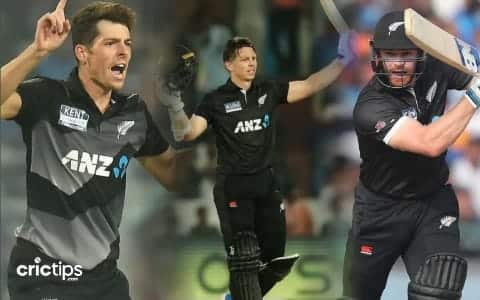 With the last chance in hand, New Zealand Team will want to end the Ind vs NZ ODI series with a win. After their victory in the series against Pakistan, it was expected that the series against men in blue would also see a tough fight between the two sides. Nonetheless, the Tom Latham-led side has had some time to regroup and re-strategize before the concluding Ind vs NZ ODI game. Indian bowlers embarrassed New Zealand Team batsmen in the 2nd Game by out-bowling opponents for 108.

Moreover, they quickly chased the total to win the game and the series. India will want to win consecutive series whitewash, whereas the Kiwis will try to register at least one win in the ODI series. After last Ind vs NZ game, Tom Latham said, “Batting up-top wasn’t our best performance. India put the ball in the right areas and it was one of those days where everything we tried didn’t work. On the other hand, everything India did worked. There was some tennis-ball bounce, some came through, some kept low and there was some movement. We just couldn’t build partnerships at the top.”

Here are 3 players from the New Zealand side crucial for the last Ind vs NZ ODI:

With 162 runs in two games, featuring 140 off of just 78 balls, Michael Bracewell tops New Zealand in series batting. Bracewell has been in respectable shape for the majority of his ODI career and has even contributed with the ball. Not only this, he has been decent with the ball too.

New Zealand Team’s middle-order batsman, Glenn Phillips was their team’s highest run-scorer in Ind vs NZ second game. When the other batsmen were struggling to hold on to a partnership, he was standing there tall. Therefore, picking up from where he left off, he would want to win a game for his team before the T20 series.

Yet again helping his team in the need of despair was Mitchell Santner. After his first game heroics in Ind vs NZ series, in the next one, he contributed an important 27 runs. In addition to this, in both games, he dismissed Team India’s in-form batsman, Virat Kohli.