Home » News » IND vs NZ: Ish Sodhi Ruled Out of the First ODI

IND vs NZ: Ish Sodhi Ruled Out of the First ODI 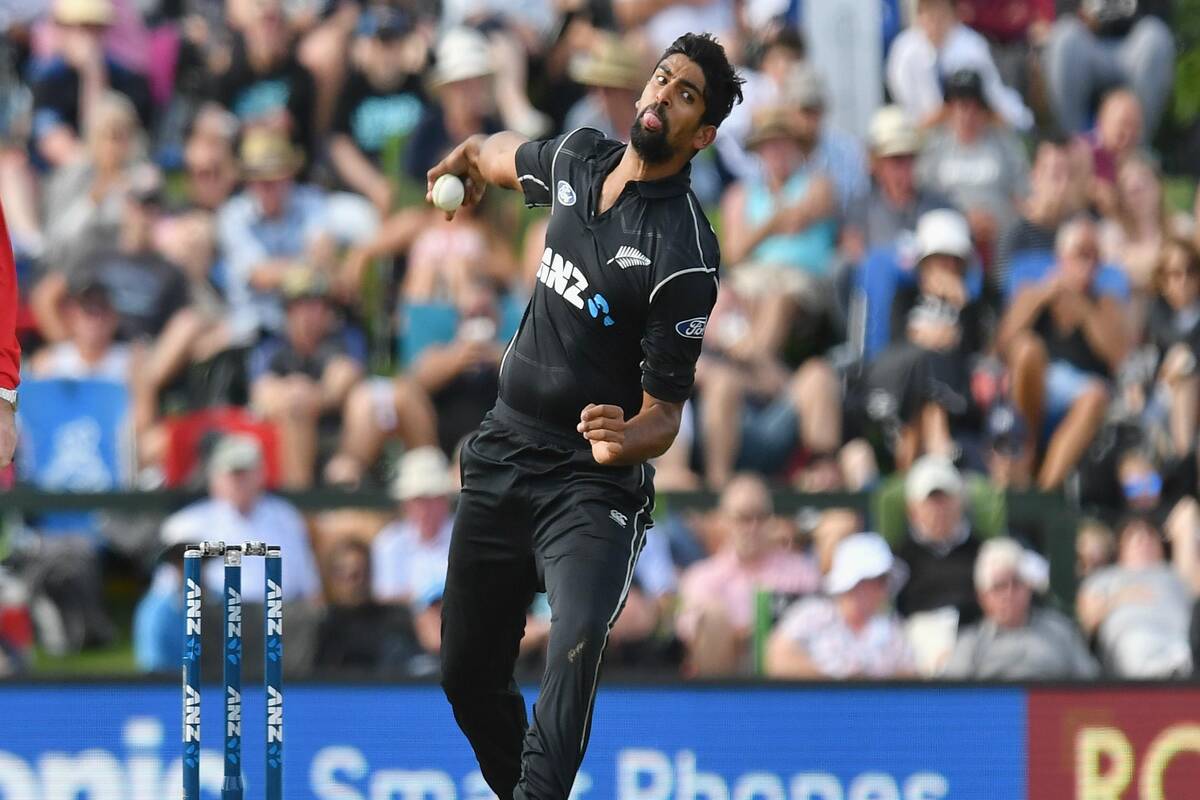 New Zealand’s leg spinner Ish Sodhi has been ruled out of the first ODI of the three-match series between India and New Zealand to be played at the Rajiv Gandhi International Stadium in Hyderabad. A niggle will keep Sodhi on the sidelines. Stand-in skipper Tom Latham confirmed the news in the media meet ahead of the series opener on Wednesday (January 18).

Ahead of the much anticipated three-match ODI series against India, New Zealand, suffered a huge blow as one of their frontline spinner Ish Sodhi has been ruled out of the first ODI with skipper Latham confirming his unavailability for selection on the eve of the Hyderabad ODI. New Zealand are already missing a couple of key players in Kane Williamson and Tim Southee for the series. With Sodhi missing out on the first ODI, New Zealand’s chances are looking dim to start the series on a winning note.

Tom Latham will lead the side, and he will certainly be the side’s main batter in the absence of Williamson. Sodhi has been in a quite sensational form with the ball. He was one of the standout performers for the Blackcaps on their last tour of Pakistan. The leg-break bowler did turn up in the nets on Tuesday ahead of the first ODI but did not bowl with the usual intensity. He looked in discomfort which led to his unavailability for the first game.

Missing Sodhi is a major blow for the Kiwis as he could’ve presented a significant challenge for the Indian batters since the spinners benefit from the subcontinent pitches. Addressing a press conference, Latham was talking about his team and while doing the same, he revealed that his team will be without Sodhi for the first game. However, Latham hoped to have his ace spinner fit for the next two ODI games.

“Unfortunately a niggle for Ish. He won’t be available tomorrow but fingers crossed he will be available for the next couple of games,” said Tom Latham in the press conference.

In the absence of a few senior players like Williamson, Southee, Boult, and Lockie Ferguson will spearhead the New Zealand pace attack and will have the likes of Blair Tickner, Doug Bracewell, and Henry Shipley to share the responsibilities with. It’ll be interesting to see who replaces Kane Williamson in the playing eleven. As a senior player, left-handed batter Henry Nicholls is the frontrunner to replace him.