Home » News » IND vs NZ: Michael Bracewell Opines on His Knock against India in 1st ODI

IND vs NZ: Michael Bracewell Opines on His Knock against India in 1st ODI 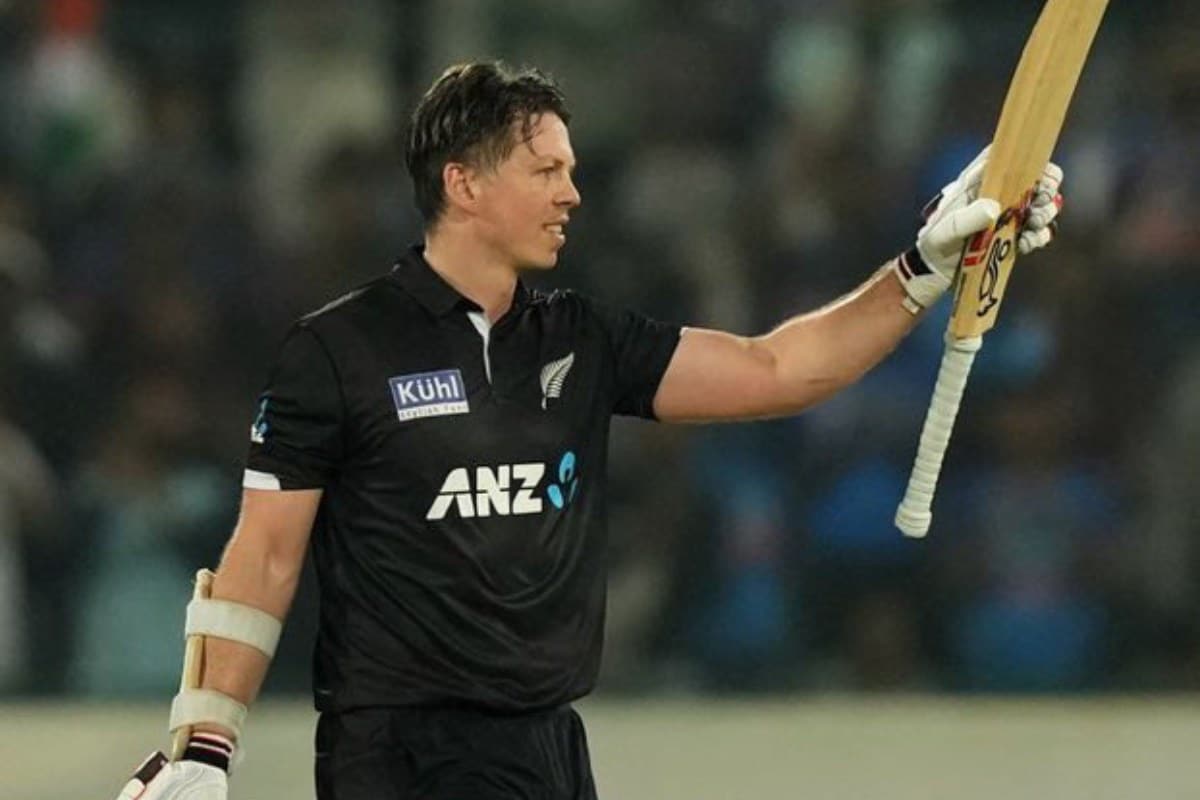 IND vs NZ: New Zealand all-rounder Michael Bracewell said he was hopeful about the tourists winning the first ODI against India in Hyderabad after arriving at the crease. The left-handed batter added that the pressure is relatively high when wickets fall at the other end. However, while chasing 350 for the win, Bracewell almost pulled off a win after New Zealand were reduced to 131-6 in the 29th over. He scored 140 off 78 deliveries, along with 12 fours and ten sixes but got out in the 50th over as the host won by 12 runs.

Bracewell also revealed that he felt relaxed but focused to rebuild the innings and was positive about chasing down the target. He also added that it was a ‘bummer’ that New Zealand fell short despite their crucial 162-run partnership with Mitchell Santner. As quoted by Stuff.co.nz, he said:

“It takes the pressure off a little when you’re losing so many wickets. You’ve just got to try and rebuild and you can’t get too far ahead of yourself. When I walked out, I was optimistic we could win the game. We were just trying to give ourselves a chance. We managed to put a wee partnership on at the end but unfortunately it wasn’t quite enough – we fell 12 runs short, which is a bit of a bummer really.”

Meanwhile, Michael Bracwell smashed a 57-ball hundred which was also the joint-fastest ODI century in India and the third-fastest by a New Zealand player in the format. He also equalled MS Dhoni’s record of being the only batter to score more than one century while batting at No.7 or lower in ODIs. However, he further claimed that the conversation with Santner was to take the game as deep as possible and they took the examples from Shubman Gill’s batting as well. Notably, Gill’s 208 off 149 deliveries earned him the Player of the Match award also.

“We weren’t really talking too much about trying to win the game, it was just about trying to to take it deep and get it close. With the reasonably small boundaries here, we knew we could take the game deep and give ourselves a chance of having a bit of a dip at the end. We were able to do that and we probably just left ourselves a little bit too many to try and have a good crack. We watched Shubman bat for 50 overs and obviously saw that it was a pretty good wicket to bat on if you were able to get yourself in,” Michael Bracewell concluded.