IND VS NZ: Michael Bracewell Reflects on His Majestic Ton 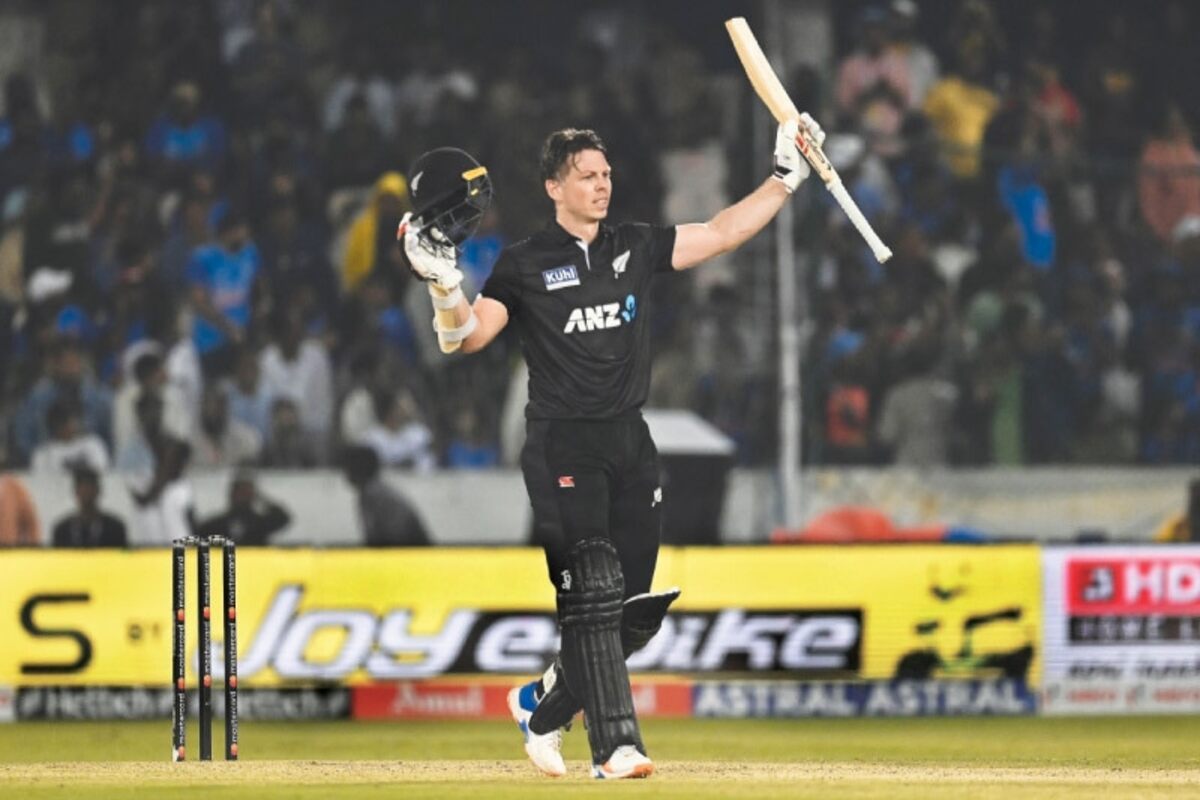 New Zealand all-rounder Michael Bracewell almost took his team to victory until his wicket in the last over shattered all the hopes for the Black Caps at the Rajiv Gandhi International Stadium in Hyderabad where the hosts won the match by just 12 runs. Bracewell hit 140 from just 78 balls, smashing ten sixes and 12 boundaries but he failed to get the job done in the final over when his team needed 20 runs. Team India scored a gigantic total of 349 runs, after opting to bat first courtesy of a brilliant double hundred by young Indian opener Shubman Gill. The 23-year-old batter played a sensational inning of 208 runs from 149 balls and with some small contributions from the other batters helped India manage to reach a big enough total.

In reply, New Zealand was off to a disastrous start, losing 5 wickets for 110 runs and then the 6th wicket for 131 runs. After stand-in captain Tom Latham’s departure, New Zealand were requiring 219 runs in 21 overs with only four wickets left. Santner joined Bracewell in the middle of the 29th over. But there came the Kiwi all-rounder Michael Bracewell, who not only changed the course of the match but also almost won the match for the Kiwis.

With 20 required off the final over, the southpaw hit a six on the first ball but perished on the second as the visitors were all out for 337. But in the end, a perfectly executed yorker from Shardul Thakur trapped centurion Bracewell in front of the wicket, and was given LBW out in the last over of the match. While Bracewell made a whirlwind 140 off 78 balls, hitting 12 fours and ten sixes. Santner played a crucial hand of 57 off 45 balls. Bracewell, who was the star with the bat for the visitors and garnered praise from all quarters of the world for his sensational knock, said he wanted to take the match deep to give his team a chance before saying that it wasn’t his day.

“We were just trying to give ourselves a chance. Unfortunately, we fell short right at the end. Once Mitchell and I managed to settle, we started believing. We weren’t trying to win it then, just wanted to take it deep to give us a chance. We left too much to do at the end. You back yourself to get 20 runs in the last over, unfortunately, it wasn’t my day today. It was difficult to get them away at that stage. Unfortunately, we couldn’t get over the line today,” said Michael Bracewell after his blazing ton in the first ODI of the Ind vs Nz series.