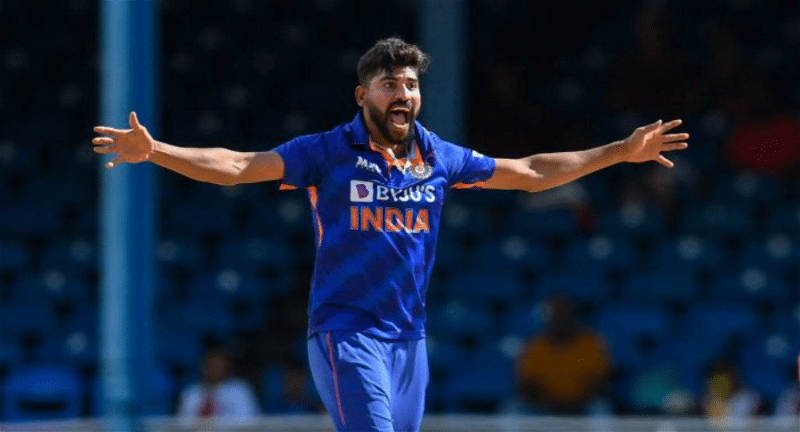 Mohammad Siraj had a lean patch during and after the 2022 IPL. However, the player worked hard on his craft and is now delivering match-winning performances. In the Ind vs NZ ODI, he picked up 4 for 4/46 and this is just one example of his recent performance. This has forced experts to laud him and now, Mohammad Kaif is nothing short of praise for Siraj.

When Jasprit Bumrah was ruled out because of a back stress fracture, Rohit Sharma was in deep worry thinking of India’s bowling line-up. Little did the Indian captain know that Mohammad Siraj would rise to fame with peak performances and take care of the bowling line-up. Discussing the performance of the pacer in the post Ind vs NZ game, Mohammad Kaif acknowledged that it was one of the biggest positives for India.

Mohammed Siraj has the ability to change the game: Mohammad Kaif

Jasprit Bumrah’s absence worried the team owing to the lack of a reliable death bowler. Praising Mohammad Siraj, Kaif spoke about the pacer’s presence of mind and ability to come back stronger after going for runs. “He has huge courage because of the pressure under which he came to bowl, it was an extremely important moment when he picked up two wickets in an over. Rohit Sharma was searching for someone who could put his hand up, that Bumrah is not there, but he didn’t get any bowler in the death overs,” he said.

“You might be in great form but when you run with the ball, there are doubts about whether you should bowl yorkers or slower balls. He dismissed Conway with a bouncer, then got Latham out and then Santner who was set. After that, two wickets in an over. It shows Mohammed Siraj has the ability to change the game in an over,” Kaif continued. Michael Bracewell and Mitchell Santner gave the Indians a tough time chasing 350 runs. The second game of Ind vs NZ series is at Raipur on Saturday. With the series on the line, it won’t be shocking that the blackcaps deliver another mind-blowing performance to level the series.