Home » News » IND vs NZ: Shikhar Dhawan Opens up on Sanju Samson’s Exclusion From the Playing XI in 2nd ODI Against New Zealand 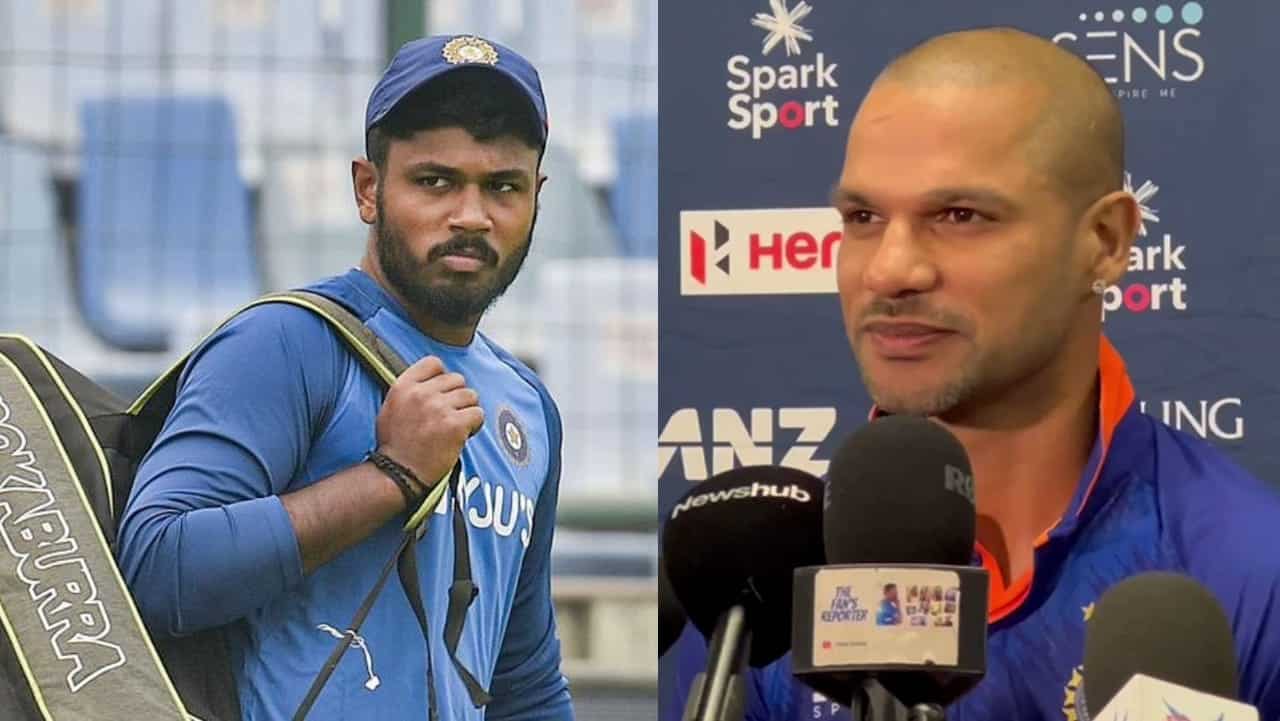 IND vs NZ: The first ODI between India and New Zealand ended in favour of the hosts. The Black Caps registered a thrashing win of 7 wickets. And the second ODI game on Sunday couldn’t end with a result, as it was the rain that played spoilsport. The second game of the series has been abandoned due to rain. It started with New Zealand winning the toss and choosing to bowl first. The game saw a continuous interruption of rain throughout.

Firstly, the game stopped in the fifth over of the Indian innings, which took almost three and a half hours to get started. However, the game began with 29 overs per side. With fewer overs to play, India started batting aggressively. But it could go on for the next 30 minutes as once again the rain came in on the 13th over. And this time it was more than enough to call the game off. Team India was at 89/1 in the 12.5 when the game was called off.

With the second match ending with no result, it means New Zealand has now taken an unassailable 1-0 lead with the third and final game of the series left. Speaking of the second game, one thing that raised the eyebrows of many Indian fans was when India announced their playing XI. Team India made two changes. Deepak Chahar replaced Shardul Thakur, while Sanju Samson missed the game and Deepak Hooda came in. India’s stand-in skipper Shikhar Dhawan also revealed the reason for both changes. He said,

“We wanted the sixth bowler to come in, so Sanju Samson missed out and Hooda came in. And Chahar was picked because he can swing the ball really well, and in both directions. A few of our guys are resting but this side is still strong, shows the depth of our squad.”

Speaking of the game, Dhawan accepted the fact that no one can do anything with the rain, and it has made the equation more tight for India with just one more game to play. However, he also lauded the intent shown by the youngsters on the team. Dhawan praised Shubman Gill and Umran Malik for the way they performed in the first ODI. He also stated that now the first thing is to get ready for the upcoming game and try to win it. India will now lock horns with New Zealand on Wednesday in the third and final ODI in Christchurch.