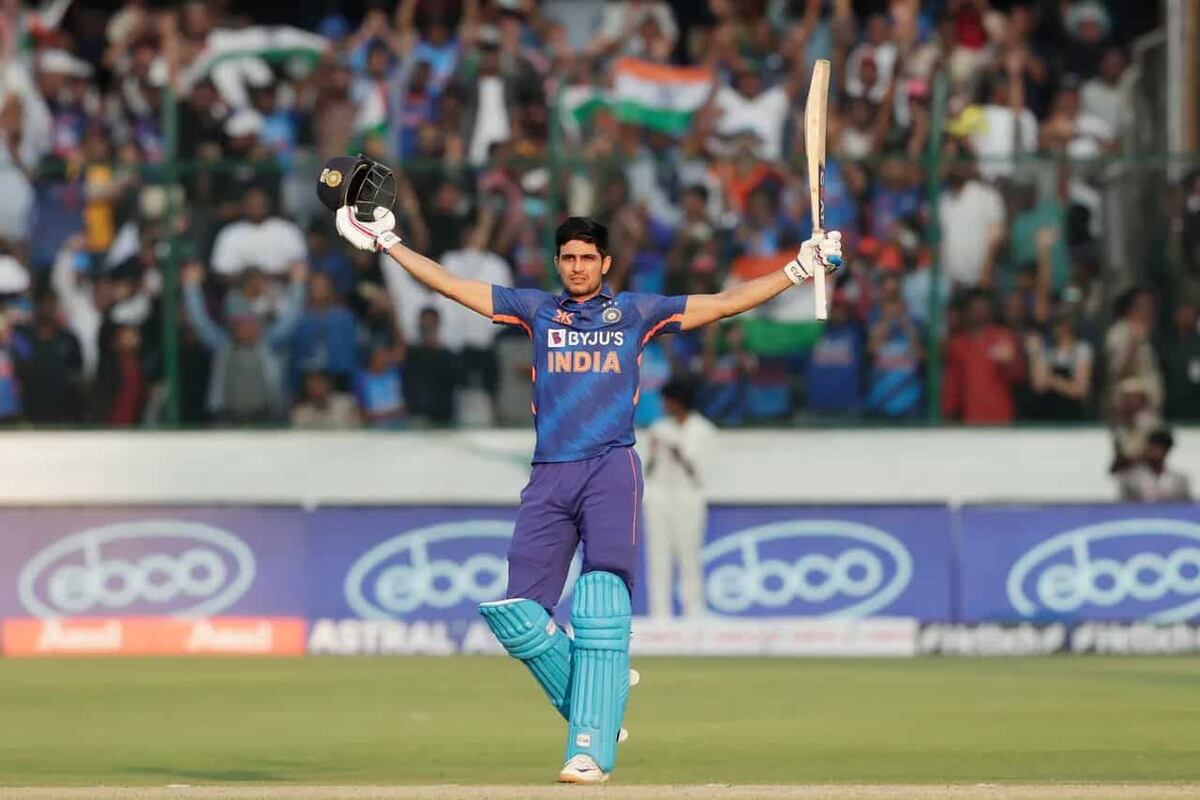 Indian opener Shubman Gill on Wednesday slammed his maiden double century during the ongoing first ODI between India and New Zealand at the Rajiv Gandhi International Stadium in Hyderabad. In what was a majestic inning by the youngster, he scored 208 off 149 deliveries with the help of 9 gigantic sixes and 19 crushing fours. His runs came at a blistering strike rate of almost 140.

Team India won the toss and opted to bat first in Hyderabad. The Men in Blue got off to another solid start as Shubman Gill and skipper Rohit Sharma (34) added 60 runs for the first wicket inside 12 overs. Rohit, who was batting well, tried to hit Blair Tickner over the latter’s head, mistimed, and was caught at mid-on. That brought Virat Kohli to the crease, who had scored 113, 113, 4, and 166 not out in his last 4 ODI innings. But he couldn’t do much damage with the bat as fell for a 10-ball eight. Mitchell Santner accounted for Kohli’s wicket. New Zealand came back in the game with two quick wickets as India lost Ishan Kishan (5) and Suryakumar Yadav (31) after that.

Gill continued to bat well at one end and in that process, he notched up his third ODI hundred in just 87 deliveries. He found an able ally in all-rounder Hardik Pandya before a solid partnership was broken under controversial circumstances. Again India lost a couple of quick wickets, but there was no stopping Shubman Gill as he stormed his way to a maiden double-century in international cricket. At the age of 23 years and 132 days, he’s now the youngest double-centurion in ODI cricket.

With that knock, Gill also became the fastest Indian batter to complete 1,000 ODI runs. He accomplished the milestone in his 19th innings ahead of Virat Kohli and Shikhar Dhawan. Both Kohli and Dhawan took 24 innings apiece to get the mark. The emerging right-handed batter is the 5th Indian batter after Sachin Tendulkar, Virender Sehwag, Rohit Sharma, and Ishan Kishan to hit a double century in the 50-over format of the game. This also happens to be the highest individual score in ODIs against the Kiwis. On the back of Gill’s double ton, team India reached 349 runs after 50 overs of play.