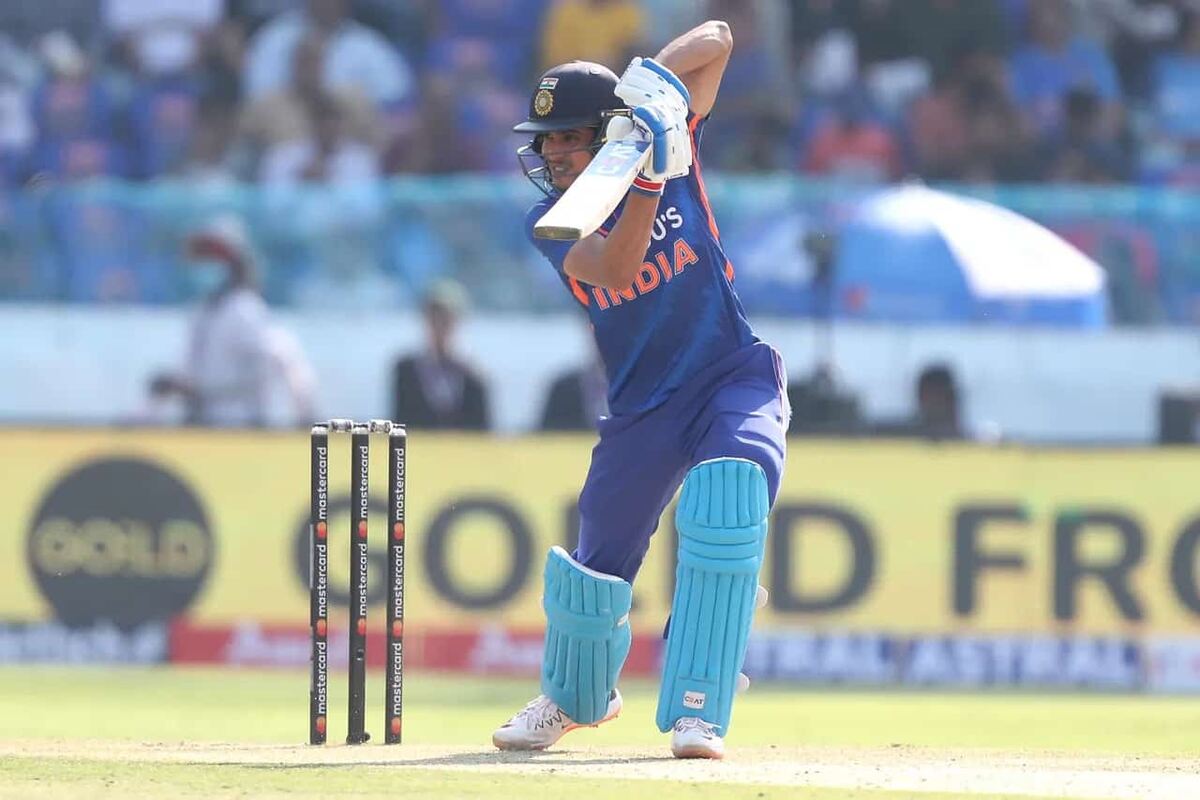 IND VS NZ: Indian opener Shubman Gill smashed a majestic double hundred as India managed to hold their nerves to beat New Zealand by 12 runs in the first ODI of the three-match series in Hyderabad on Wednesday despite a fighting knock from Michael Bracewell. Needless to say, Gill has been adjudged the Player of the Match for scoring a career-best 208 (149) with the help of 19 fours and nine sixes.

Gill, who opened the innings with Rohit Sharma was at his best again in the 50-over format. With wickets falling at one end, he continued his onslaught against the opposition bowlers. He completed his half-century and century in the 19th and 30th over respectively and reached the 150-run mark for the first time in his international career in the 43rd over. The top-order batter looked in fine touch once again, anchoring the innings along at a quick rate. In the last few overs, he was running out of partners which forced him to up the ante.

Playing his fourth ODI of this year, Gill broke several records including the fastest Indian to score 1,000 runs in ODI cricket. Virat Kohli and Shikhar Dhawan were the joint record holders (taking 24 innings to complete 1,000 runs) but Gill achieved the feat in just 19 ODI innings. Pakistan’s Fakhar Zaman still holds the record for the fastest 1,000 in just 18 ODI innings. Sachin Tendulkar’s record was also broken by Gill to record the highest individual score against New Zealand in ODIs.

However, Gill’s stay at the crease might have been shortened earlier in the innings but Tom Latham’s sloppy work behind the wickets awarded him two lifelines on the same ball.

En route to the mammoth target of 350 runs, New Zealand was reduced to 131 for 6 in a chase of 350 against India in the first ODI in Hyderabad. The 31-year-old Michael Bracewell came to the rescue, scoring an unbeaten 140 from just 78 balls with the help of 10 sixes and 12 fours but he was not able to get the job done in the final over when his team needed 20 runs. But he was dismissed by Shardul Thakur as Kiwis fell short by mere 12 runs after nearly pulling off an impossible run chase.