Home » News » IND VS PAK: “Everything About Him Is Currently Unreal”: Sanjay Manjrekar On Hardik Pandya

IND VS PAK: “Everything About Him Is Currently Unreal”: Sanjay Manjrekar On Hardik Pandya 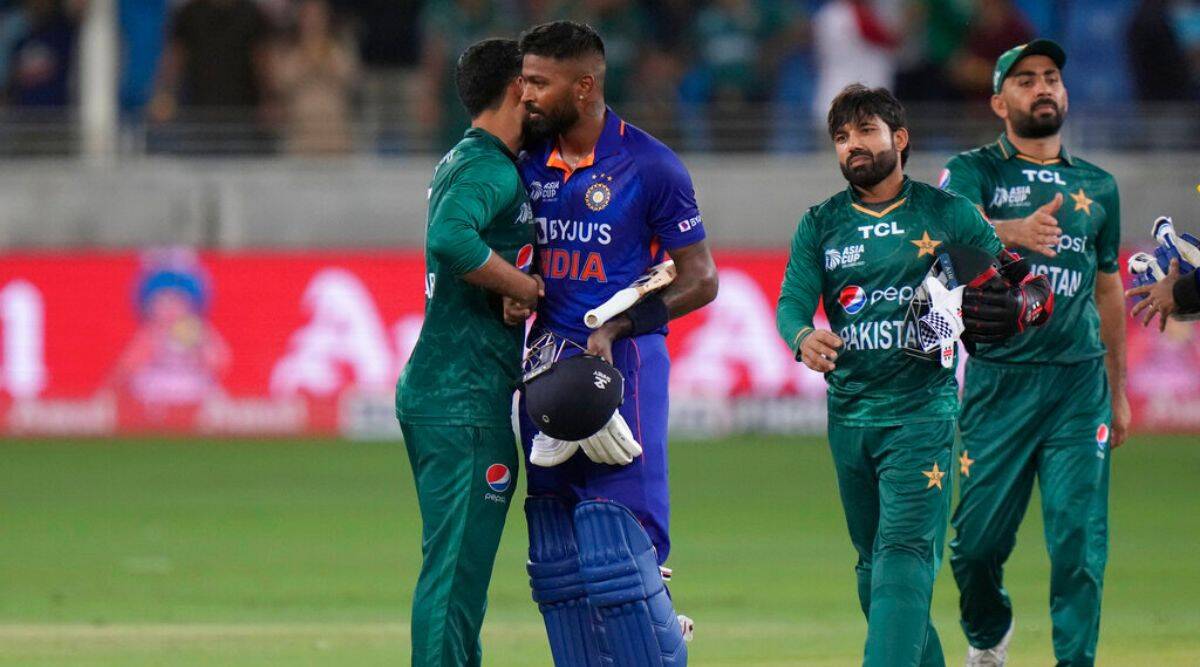 IND VS PAK: Hardik Pandya has received praise from Sanjay Manjrekar for maintaining composure under pressure and putting on incredible performances. In their Asia Cup 2022 opener on Sunday, Pandya scored an unbeaten 33 off 17 balls to help India overcome Pakistan by five-wicket. The all-around seam bowler took three wickets for Pakistan during their innings. The Men in Blue bowled out for 147 runs. Seeking official betting sites in India? Learn how to find the right one for you and explore your sports betting options.

Manjrekar was questioned about the quality of Hardik Pandya’s demeanour. That particularly stands out to him these days during an interview on the Sports 18 program “Sports Over the Top.”

IND VS PAK: “His Bowling Returns Are Unreal”: Sanjay Manjrekar

“Just this calmness. Everything about him is currently unreal. His bowling returns are unreal, which you get with others, but he can keep calm and run under pressure. That last over was tricky because Hardik was in there and mostly played the faster bowlers, so there was a rhythm of hitting against the quicker bowlers. Suddenly, the situation was such that Pakistan had to bring in the left-arm spinner.”

Manjrekar emphasized that Pandya’s performance against Pakistan was noteworthy. Because the Baroda all-rounder was unexpectedly challenged by a spin bowler in the final over.

When Pandya arrived at the crease in the 15th over of the Indian innings. Mohammad Nawaz still had an over to go. Before bringing the left-arm spinner back into the attack only in the final over, Babar Azam decided to bowl out his pacers. Manjrekar was especially grateful to Pandya for maintaining his composure in the face of extreme pressure.

“Jadeja got out to the first ball, and then he had four balls to get those runs. The pressure is immense, but the kind of shots he also played to get those winning runs under pressure is just outstanding. I am sure there is a bit of nerve from inside, but he has this confidence currently, which he said as well, that he believes the bowler will be under more pressure.”

The Gujarat Titans captain’s strong trust in his skills was Manjrekar’s final remark. In the final over of Nawaz’s bowling, Dinesh Karthik gave Hardik Pandya the strike when India needed six runs off four deliveries. The big-hitter hammered the fourth delivery for a six to help the defending Asia Cup champions cross the finish line even though he could not score on the third ball of the over. Pandya picked up three wickets for India in the 20-over match, supporting pace ace Bhuvneshwar Kumar in the high-profile match. Read Mobile Bet365 reviews here and learn more about how online betting works with this app. Try it out now!