Home » News » IND vs PAK: “Have Learnt a Lot From My MS Dhoni Bhai as a Finisher”- Hardik Pandya Opens up on His Match-Winning Six Against Pakistan

IND vs PAK: “Have Learnt a Lot From My MS Dhoni Bhai as a Finisher”- Hardik Pandya Opens up on His Match-Winning Six Against Pakistan 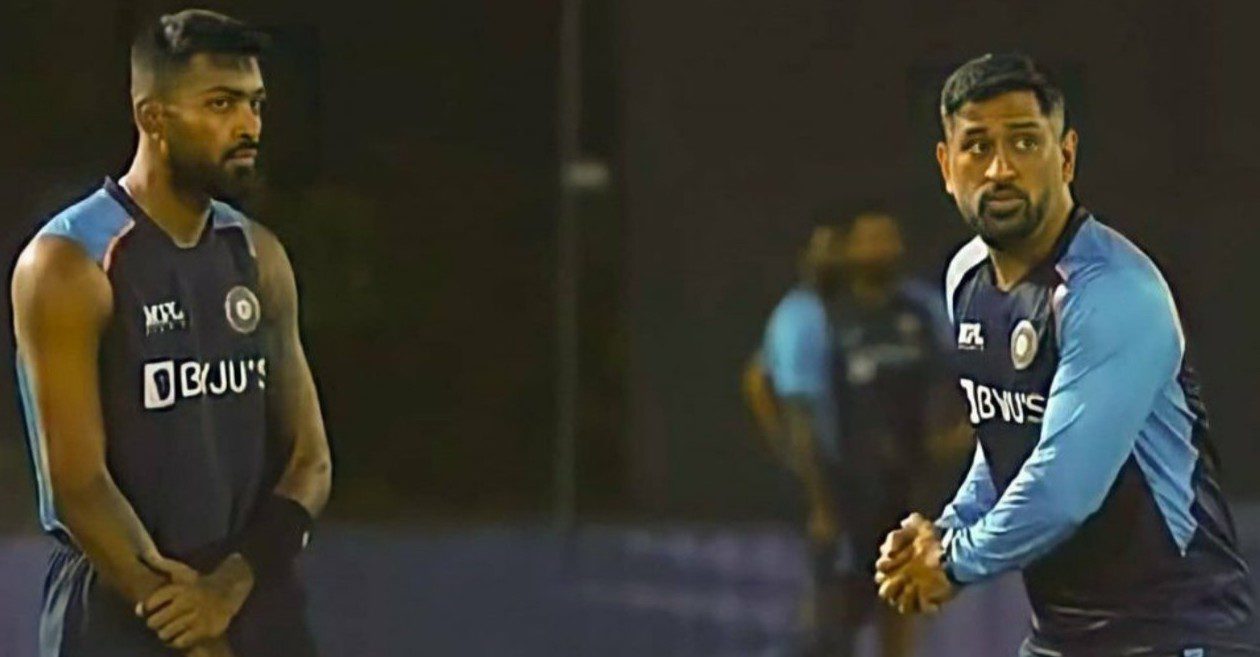 IND vs PAK: On Sunday, fans saw one of the closest matches between India and Pakistan that went to the wire. And it was the Rohit-led team that held the nerves to register a nail-biting win over Pakistan. And the hero of the match was India’s star all-rounder, Hardik Pandya. The 28-year-old kept his cool in the tricky chase and finished off it with a six. He was not out on 33* runs off just 17 balls, with four boundaries and one match-winning six. Looking for India’s best betting sites? Check out live cricket odds and bet on live cricket games with our amazing betting bonuses!

Thus, he deservedly won the “Man of the Match” award for his all-round show. He picked up three wickets as well, with the ball in hand, to rattle Pakistan’s batting order. Hardik dismissed star wicket-keeper opener Mohammad Rizwan, who was batting well at 43 runs. Later, he picked up the wickets of Iftikhar Ahmed (28) and Khusdil Shah (2). He ended up with a bowling figure of 3/25 in his four overs. Thus, India won the match by five wickets and made 148/5 in 19.4 overs.

IND vs PAK: “I have learnt a lot from my MS Dhoni bhai” – Hardik Pandya

The 28-year-old looked very calm and composed with his bowling and batting during the chase. He finished the game with a six, which recalled the way former Indian skipper MS Dhoni used to finish games for India. His finishing style and calm nature in a chase gave glimpses of MSD. Later, the all-rounder revealed that he had learnt all these things from MS Dhoni. In a discussion on Star Sports after the match, he explained how he remained calm. He said,

“I have learnt a lot from my MS Dhoni bhai as a finisher and how to finish the games. I just try to keep my calm and try to assess the situation. It’s important to asses the situation and use your weapons. I knew they had Nawaz waiting to bowl, and while we needed 7, even if we needed 15 I would have fancied by chances.”

Hence, India started the Asia Cup 2022 with a thrilling win. Now they will play Hong Kong on Wednesday, August 31 at the Dubai International Cricket Stadium. It is expected that India will finish at the top of this group and will play three matches in the super four round. India and Pakistan are likely to face each other in the next round as well on Sunday.