Home » News » IND vs PAK: “I Think Babar Made One Mistake”- Ex-Pak Skipper Slams Babar Azam On Making a Crucial Error Against India

IND vs PAK: “I Think Babar Made One Mistake”- Ex-Pak Skipper Slams Babar Azam On Making a Crucial Error Against India 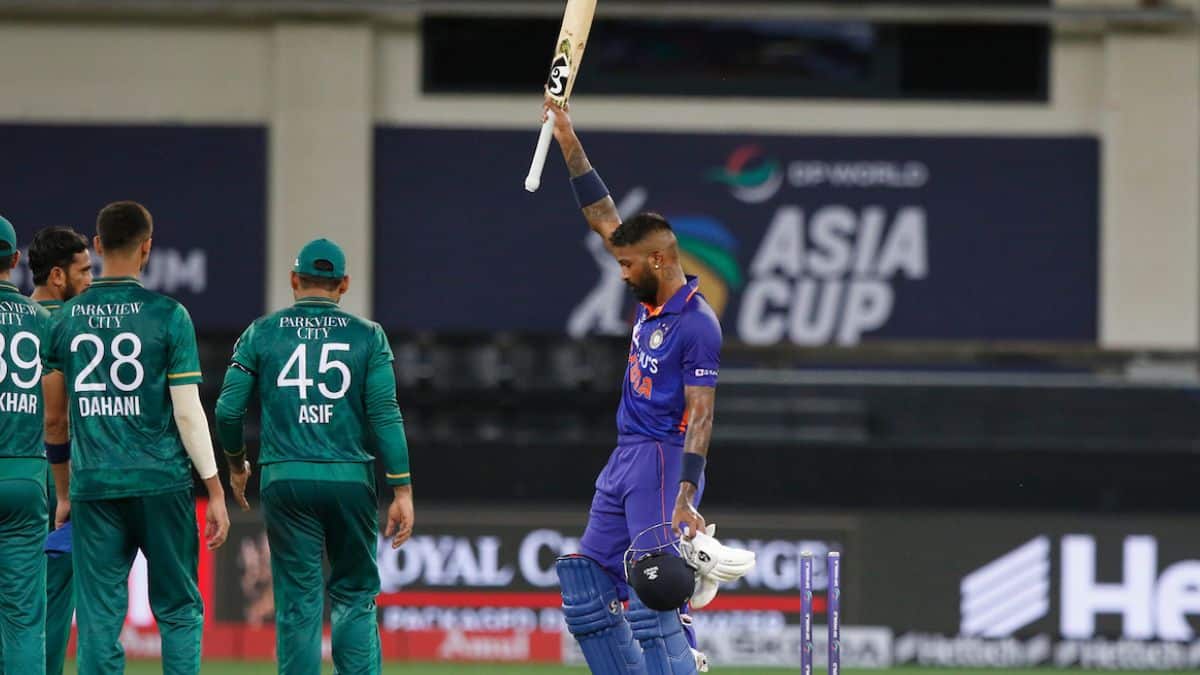 IND vs PAK: Cricket fans witnessed yet another high-voltage clash between India and Pakistan on Sunday in the ongoing Asia Cup 2022. However, it was the Rohit Sharma-led team that came out victorious. It was another low-scoring thriller that ended in the very last over of the match. In the end, India won the match by five wickets, courtesy of an all-round show from Hardik Pandya. He totally took the game in India’s favor with both bat and ball. Seeking official betting sites in India? Learn how to find the right one for you and explore your sports betting options.

Hardik picked up 3/25 in his four overs and took the wickets of Mohammad Rizwan, Iftikhar Ahmed, and Khushdil Shah. Thus, Pakistan were all out for 147 runs in 19.5 overs. However, India didn’t start well and lost KL Rahul (0) and Rohit Sharma (12) early. A few good contributions from Virat Kohli (35) and Ravindra Jadeja (35) kept India in the chase. In the end, a cameo of 33* off 17 balls from Hardik helped India chase the 148-run target.

IND vs PAK: “Babar made one mistake” – Wasim Akram

Apart from a brilliant cameo from Hardik, there were a few areas where Pakistan lacked in. A few things went wrong that cost Pakistan the game. Notably, all the Pakistani seamers finished their 4-over spells before the last over, which resulted in Mohmmad Nawaz bowling the 20th over against the likes of Hardik and Jadeja. The equation was 7 needed off 6 balls. Nawaz finished his third over in the 12th over of the innings and that was why he was held back till the 20th.

This shows how Pakistani skipper Babar Azam failed to execute his plans and rotate his bowlers. Former Pakistan skipper Wasim Akram also pointed out that and said that it was “too late” for a spinner to bowl. In the pre-match discussion on Star Sports, Wasim said,

“I think Babar made one mistake. He should have had Nawaz bowl the 13th or 14th over. It was too late. You can’t have a spinner in T20 format (bowling) in the last 3 to 4 overs, especially against the likes of (Ravindra) Jadeja and (Hardik) Pandya.”

For India, the veteran pacer Bhuvneshwar Kumar was the leading wicket-taker in the innings. He registered the best bowling figure of 4/26 by an Indian against Pakistan in T20Is. India will now face Hong Kong on Wednesday, August 31 at Dubai International Stadium. Here are the ten best betting apps you can download on your mobile devices and enjoy competitive odds and all the features you can expect from a mobile betting app.