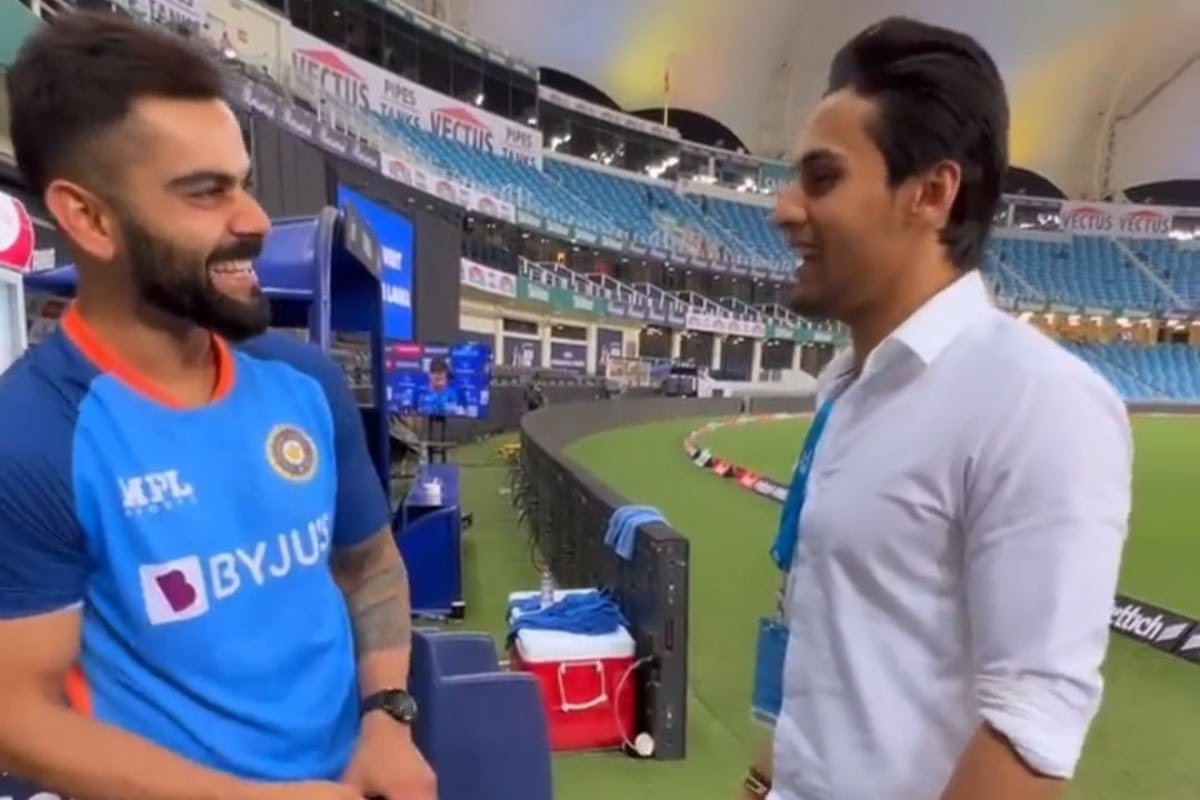 IND VS PAK: Former Indian captain Virat Kohli met Pakistani memer Momin Saqib (Mujhe maar fame) after the game against Pakistan. However, Team India won the thrilling Asia Cup 2022 encounter by five wickets to beat Pakistan in Dubai as the two arch-rivals met for the first time since the T20 World Cup 2021 at the same venue as well. Bet online by checking more trusted betting sites in India for the upcoming match here on our site.

After the match, former India captain Virat Kohli met the ‘Maaro Mujhe maaro’ fame Pakistan fan Momin Saqib, who congratulated him for his knock of 35 and had a chat with him as well. Saqib then shared a video on social media where he can be seen talking to Kohli in his native Punjabi language.

Saqib said: “Congratulations on your feat and we (India-Pakistan) will play in the final again.” To which Kohli replied: “E ta chalda rehnda aa (Win and loss are part of the game). Tusi Bhi ta Need aa gym si (You guys also came very close) and said good to see you brother.”

As far as the game is concerned, after KL Rahul got out on the first ball of his innings, Virat Kohli steadied the ship and scored a steady 35 runs from 34 balls with one six and three boundaries but got dismissed by Mohammad Nawaz later on. In the end, Hardik Pandya and Ravindra Jadeja then added another partnership whereas Pandya finished off in style with a six over the long on. He scored 33 runs from 17 balls with one six and four boundaries and also claimed 3 wickets in the high-voltage clash.

Hardik Pandya, who won the Player of the Match, said after the game: “In bowling, it’s important to assess the situations and use your weapons. For me, bowling short and the hard lengths have been my strengths. It’s about using them well and asking the right questions to make the batters commit a mistake. In a chase like this, you always plan over-by-over. I always knew that there is one young bowler and also one left-arm spinner. We only needed 7 off the last over but even if we needed 15, I’d have fancied myself. I know the bowler is under more pressure than me in the 20th over. I try to keep things simple.”