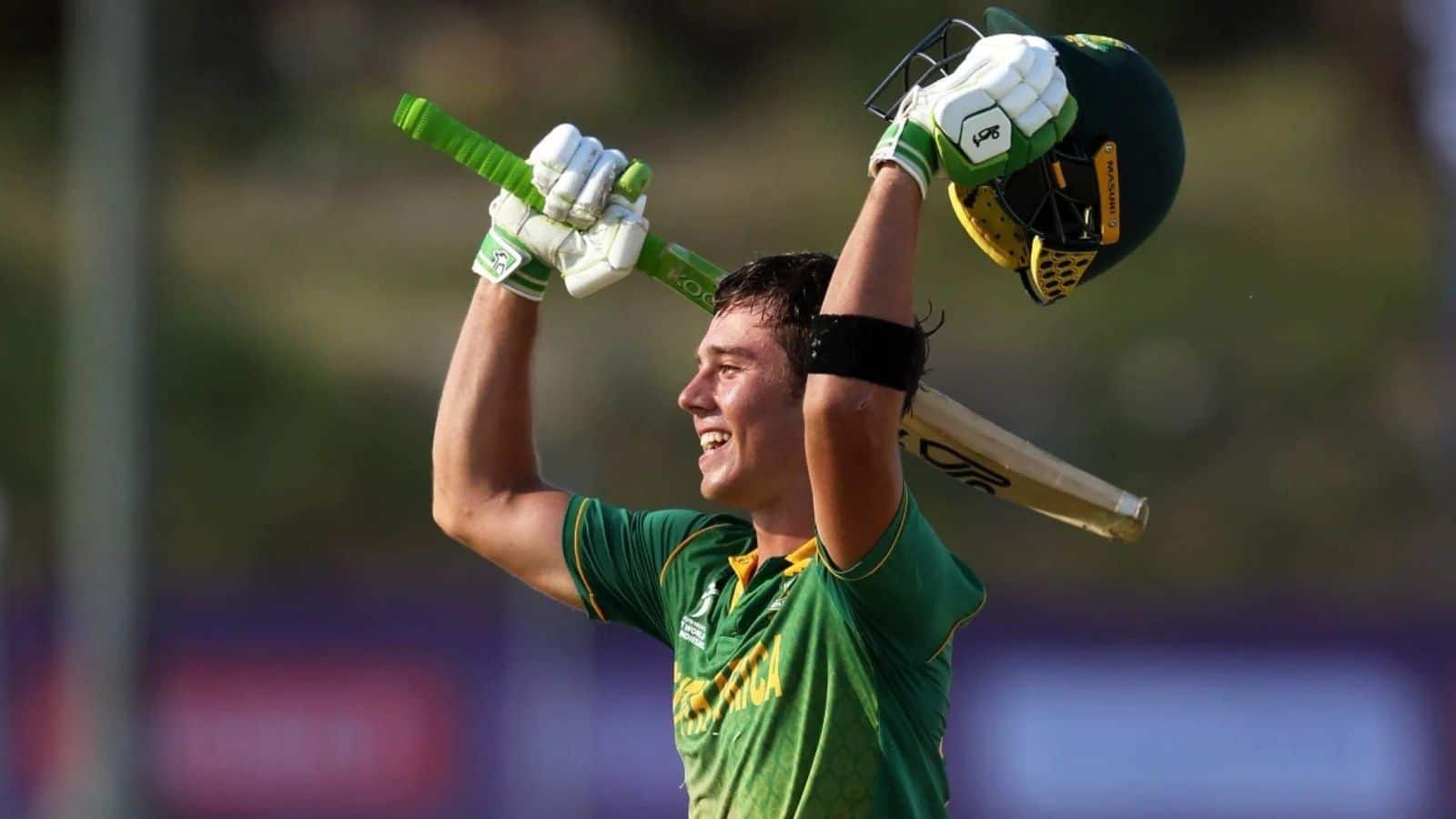 IND vs SA: Dewald Brevis’s career is taking long leaps just like his sixes. First, with an IPL contract now a possible national call, Dewald Brevis is surely having the time of his life. As per the reports, the right-handed batsman could get his first national call in the South Africa senior squad for the upcoming tour of India. The Proteas will tour India in June for a 5-match T20I series. The series is crucial from the upcoming T20 World Cup point of view.

But more than that, it was Brevis’ style of play that generated traction. He resembles AB De Villiers in his stroke play and is fondly called ‘Baby AB’ by his teammates. His resemblance to AB De Villiers attracted viewers from across the world to tune in to watch him bat. And to no one’s disappointment, Brevis gave them everything to cheer about. Brevis soon became a topic of discussion. Cricket Analysts and Pundits started analyzing his game and speculating about his career.

With IPL mega auctions around the corner at the same time as the U-19 World Cup, it was obvious that the franchises will look to lure the talent. The five-time champion Mumbai Indians left no stone unturned and roped him in for INR 3 crores for IPL 2022. Check our latest cricket tips for today.

The 18-year-old soon got the chance to star for the Mumbai Indians. In a game against the Punjab Kings, Brevis briefly exhibited his talent. He made a well-scored 49 including some big sixes. It was enough to hint at his talent. In six innings of IPL 2022 so far, Brevis has scored 124 runs at a stellar strike rate of 155. Though Mumbai Indians have had a deplorable season this year, Brevis is surely a big take-away for this distressed franchise.

Brevis holds special talent and he has shown the same in brief spells. His induction into South Africa’s national side before the T20 World Cup could broaden their prospects of winning. Brevis could be very useful in the upcoming World Cup in Australia.