Home » News » IND vs SA: Dinesh Karthik Returns to the T20I Squad for the Paytm Series Against South Africa

IND vs SA: Dinesh Karthik Returns to the T20I Squad for the Paytm Series Against South Africa 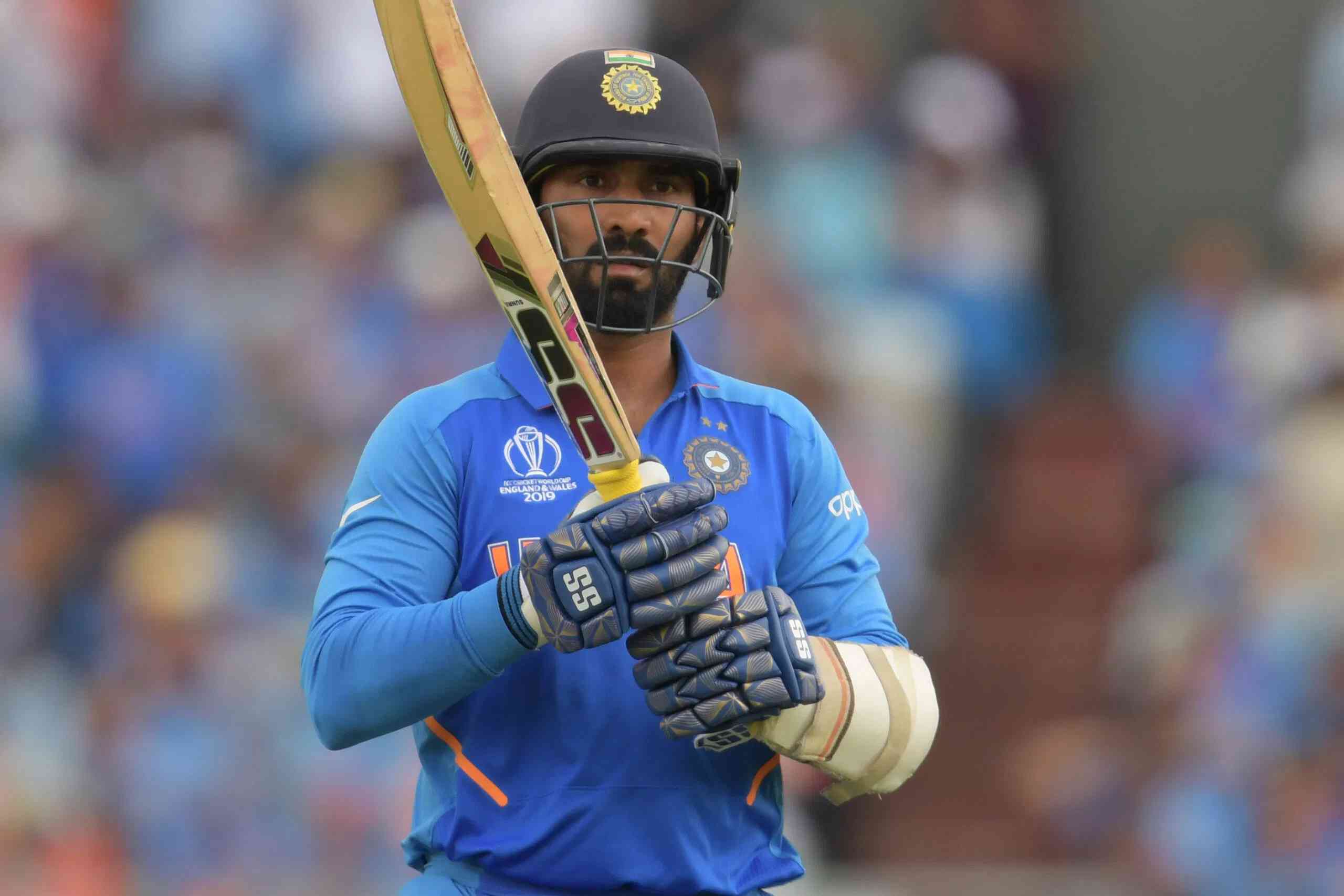 IND vs SA: Hard work has paid for Dinesh Karthik as he has finally been picked for India’s T20I side. Karthik has been named in India’s 18-member squad for the 5-match T20I series against South Africa in June. He is the second wicket-keeper in the squad after Rishabh Pant, who is also the vice-captain of the side. Rohit Sharma, Virat Kohli, and Jasprit Bumrah have been rested for the T20I series. KL Rahul will lead the team in Rohit’s absence. Find here more Cricket predictions and updates for the upcoming match here on our site for the 2022 season.

India are preparing accordingly and this is evident from team selection. The inclusion of Dinesh Karthik and Hardik Pandya in the T20I team signals that the management is looking to solidify India’s middle order. Dinesh Karthik has been proving his worth time and time again but went unnoticed until today. He has been in phenomenal form this year. Karthik has scored 287 runs in 14 innings so far with 9 not-outs this season. He is averaging 57.40 and has a strike rate of 191.33 and has delivered match-winning knocks time and again.

He has emerged as a commendable finisher in T20 cricket in the last few years and has delivered in the blue jersey as well. Although has been unlucky with the selection. Karthik delivered a memorable match-winning knock in the Nidhas Trophy final in 2018 and was efficient in the tournaments building up to the 2019 World Cup. Yet he was not awarded the rightful opportunity in the World Cup.

IND vs SA: Karthik, Pandya, and Pant will form a formidable middle-order

He has mostly lived in the shadows of MS Dhoni. Now that MS Dhoni has retired and with no Suresh Raina or Yuvraj Singh, India needs a seasoned player to perform the job of a finisher. Karthik on that front has been exceptional and has delivered more than any other player in the world. It would not be an exaggeration to call him the best finisher in the world at the moment. His performances in the IPL this year have called on many former players to back his selection in the blues.

Former England captain Michael Vaughan batted for his selection after his thunderous 8-ball 30 against the Sunrisers Hyderabad.

Hardik Pandya, too, has been in decent form this season. He made a return after a back injury and has not been part of professional cricket since the T20 World Cup last year. Hardik has delivered with both the bat and the ball and has put forth a strong contention for the World Cup squad. He, along with Dinesh Karthik and Rishabh Pant, will form a formidable middle order for the team. They are India’s best choice if they want to fancy a chance to win the World Cup this year. This series will help Karthik settle into the team ahead of the World Cup.