Home » News » IND vs SA: “Don’t Expect Those Kinds of Deliveries From Him” – Former Indian Batsman Questions Chahal’s Mindset in the 2nd T20 Against South Africa

IND vs SA: “Don’t Expect Those Kinds of Deliveries From Him” – Former Indian Batsman Questions Chahal’s Mindset in the 2nd T20 Against South Africa 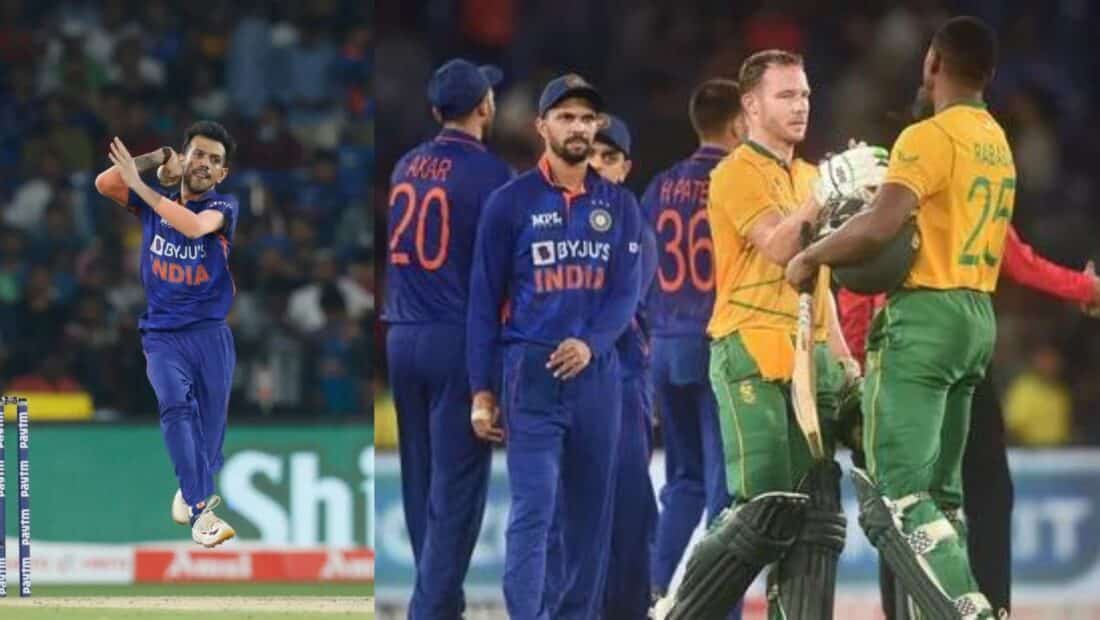 IND vs SA: India suffered their second successive loss against South Africa in the ongoing five-match T20I series. With this loss, the visitors have taken a 2-0 lead and need one more win to claim their first-ever bilateral T20 series in India. But the loss has certainly opened up a few issues that the current Indian team has. After a good performance in the first match by the batting line-up, they struggled to make an impact in the second game. Only Ishan Kishan (34 off 21) and Shreyas Iyer (40 off 25) had a few starts. In the end, a cameo from Dinesh Karthik helped India to reach a respectable total of 148/6. Want to bet on cricket on the move? Discover India’s best-betting sites here on our site.

But the biggest lope-hole is in the bowling department. Despite having a few best performers from the recently concluded Indian Premier League, the bowling department is struggling. In particular, the Indian spinners are going for plenty. In the second match, Chahal and Axar bowled a combined five overs and gave away 68 runs when India was defending only 148. Former Indian opener has slammed both spinners for their poor show. Free VIP betting tips and match guides from professional betting tipsters here on our site.

IND vs SA: “We expect those kinds of deliveries from Axar, not Chahal” – Gautam Gambhir

In a discussion on Star Sports, Gautam Gambhir feels that Chahal is trying to bowl a tight line instead of giving the flight. He said that the leg-spinner needs to vary his pace and should go for wickets. Gambhir pointed out that compared to off-spin, leg-spin is a wicket-taking option for the team.

He added that Chahal should bowl with an attacking mindset. If he goes for 50 runs and takes 3-4 wickets, that will surely put the team in a winning position. But if he is going for 40-50 runs and taking one wicket, then that is a big problem. Gambhir concluded,

“He needs to bowl slow and tempt the batter. No issues if he gets his for a couple of sixes. In the second T20I, none of the SA batters tried to step out against Chahal. They were hitting the leg-spinner from the crease, which means he (Chahal) was trying to bowl it fast. We expect those kinds of deliveries from Axar, not Chahal.”

The “Purple Cap” winner of the TATA IPL 2022, Yuzvendra Chahal, couldn’t replicate his form in the ongoing series. He has given away 75 runs in 6.1 overs in two matches and has taken only one wicket so far.

With a 2-0 trail, the home team has to address some issues before going into the next match. There might be a few changes that we can see in the bowling department. Both teams will now head to Visakhapatnam to play the third T20 on Tuesday. For more cricket betting odds and scheduled matches for the 2022 season, read here.