Home » News » IND vs SA: “He has to improve his game against pacers” – Wasim Jaffer opens up on Shreyas Iyer’s batting struggles

IND vs SA: “He has to improve his game against pacers” – Wasim Jaffer opens up on Shreyas Iyer’s batting struggles 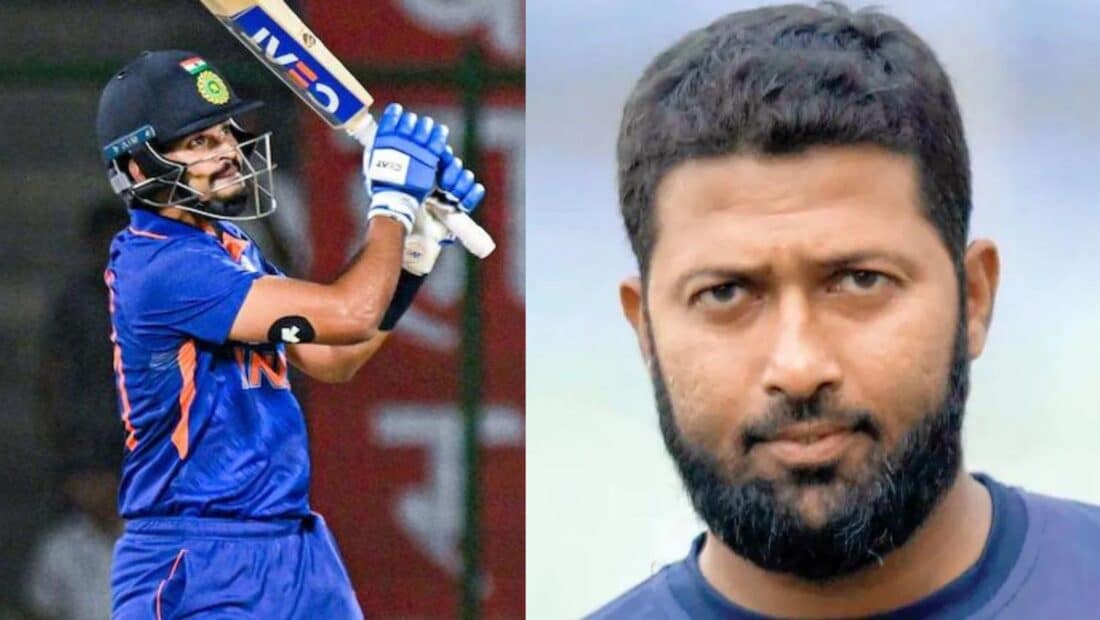 IND vs SA: India lost the first match of the five-match T20I series, and the streak of 12 consecutive T20I wins ended on Thursday. Despite posting a big total, the home team couldn’t defend it. The Proteas chased down the 212-run target comfortably with seven wickets in hand courtesy of some exceptional batting displays by David Miller and Rassie van der Dussen. India made a few errors that cost them the game and the chance to become the first team with 13 successive T20 wins. Discover more betting sites in India that are top-rated in the market and it has an amazing live betting platform. Have fun at home!

In the absence of Virat Kohli, Rohit Sharma, and Suryakumar Yadav, the batters did a really good job. However, the new No. 3 for India, Shreyas Iyer, did look a bit rusty at the start of his innings. He also looked a bit uncomfortable against the pacers at the start of his innings. However, he scored 36 runs off 27 balls and played spinner better. Former Indian test opener Wasim Jaffer also believes that Shreyas had a slight issue against the pacer up-front.

IND vs SA: “He needs to develop some shots against pacers” – Wasim Jaffer

Shreyas Iyer was initially on 13 off 17 balls against pacers, but when the spinner came in, he took them all on. He hit Shamsi for three sixes. In a discussion on Cricbuzz, Jaffer also pointed out his struggle against pace-bowling. Notably, the KKR skipper had a strike rate of just over 120 against pacers as compared to 150 against spinners. The former cricketer highlighted that Shreyas starts moving on to the crease whenever he gets stuck. He added that usually, you won’t see the 27-year-old hitting boundaries off pacers. Jaffer added,

Have your own best betting apps and become part of a huge community of cricket fans betting on exciting matches with maximum comfort at home.

“Look at the future. He needs to develop some shots with which he can dominate the fast bowlers also. He is batting in the top 4, he is not somebody who comes at the backend. So he has to improve his game, especially the boundary hitting against fast bowlers.”

The KKR skipper always looked uncomfortable against the short deliveries, and the IPL 2022 was a great example of that. However, former South African speedster Dale Steyn suggested Iyer work on this issue with the help of Rahul Dravid. He said that as the upcoming T20 World Cup is happening in Australia, the pitches have a lot more bounce in them and he will face pacers more often as compared to spinners on those pitches.

Steyn added that there are still a few months left in that, so the 27-year-old should work it out with Rahul Dravid to improve. India will now face South Africa in the second match on Sunday in Cuttack.